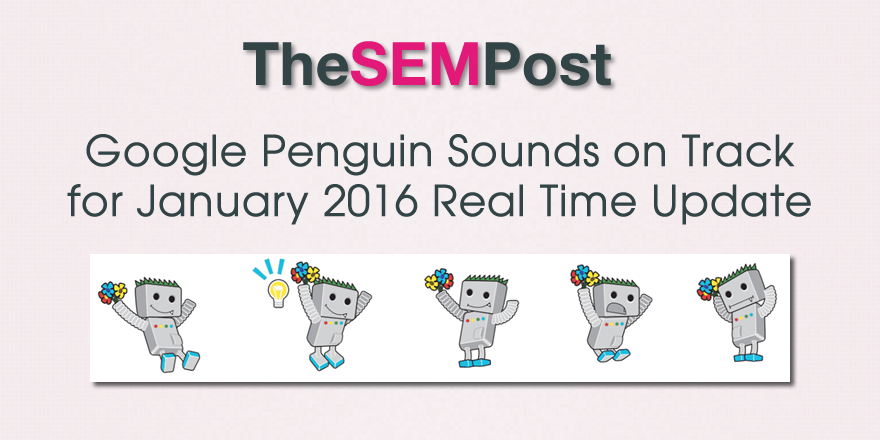 There were many mixed reactions about Penguin not launching in December like many believed it would.  While last week John Mueller wouldn’t give a timeline for when we would see it go live, this week he commented that it sounds likely for a launch next month.

He again wasn’t going to give any specific date promises, something he said last week as well.  He did say that Penguin was super close to being launched this month, so many of us expect that Penguin should be pushed out with its new real time version in January.

I don’t want to make any date promises.  But I’d be hopeful that things are lined up.

And since it was kind of on the edge for this year, I’m pretty confident its good enough for January, but I really don’t want to make any promises on that.

So it sounds very likely that real time Penguin is a go for January, although Mueller won’t make any promises, lest SEOs bring out their pitchforks if it doesn’t happen until February 1st.

Google has released a new version of the Google quality rater guidelines, a year after the last … END_OF_DOCUMENT_TOKEN_TO_BE_REPLACED