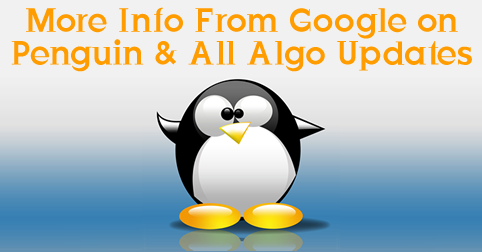 A couple of days ago, John Mueller commented on a post asking if a Penguin penalty would definitely require a Penguin refresh to be lifted, which he confirmed it would, so long as the issues were fixed.  The post got a bit more attention than Mueller likely expected, so he came back with a much more in-depth answer about the Penguin penalty and update issue.

However, one key point he did make is that sometimes ranking changes aren’t visible immediately after they do an update, and this is normal.  Many people judge when Panda, Penguin or any of the other minor Google algorithms as occurring immediately when people begin seeing flux and changes in the search results.

But the idea of a delay could make it much harder to determine what algo is impacting a site, especially if we see multiple changes hit close to the same date, like we saw with both Panda and Payday Loan Algo updates within a couple days of each other in May 2014.

Sites aren’t impacted by only a single algorithm

Mueller also confirms that a site is never impacted by just a single algorithm.  With 200 factors that Google uses in crawling, indexing and ranking, we may see sites where it is heavily impacted by a single algorithm, but it doesn’t mean that nothing will change until that specific algo is updated again.

On the positive side, this means that a site could be impacted with Penguin, but it could have also been impacted by something else as well that would be reflected in the rankings – even if their isn’t a Penguin update.  So it definitely makes sense for webmasters who are hit by Penguin to improve their site in all ways, not just the ones that impact Penguin.

Here is his full answer.

Let me try a longer answer 🙂

In theory: If a site is affected by any specific algorithm or its data, and it fixes the issue that led to that situation, then the algorithm and/or its data must be refreshed in order to see those changes. Sometimes those changes aren’t immediately visible even after a refresh, that’s normal too.

In practice, a site is never in a void alone with just a single algorithm. We use over 200 factors in crawling, indexing, and ranking. While there are some cases where a site is strongly affected by a single algorithm, that doesn’t mean that it won’t see any changes until that algorithm or its data is refreshed. For example, if a site is strongly affected by a web-spam algorithm, and you resolve all of those web-spam issues and work to make your site fantastic, you’re likely to see changes in search even before that algorithm or its data is refreshed. Some of those effects might be directly related to the changes you made (other algorithms finding that your site is really much better), some of them might be more indirect (users loving your updated site and recommending it to others).

So yes, in a theoretical void of just your site and a single algorithm (and of course such a void doesn’t really exist!), you’d need to wait for the algorithm and/or its data to refresh to see any changes based on the new situation. In practice, however, things are much more involved, and improvements that you make (especially significant ones) are likely to have visible effects even outside of that single algorithm. One part that helps to keep in mind here is that you shouldn’t be focusing on individual factors of individual algorithms, it makes much more sense to focus on your site overall — cleaning up individual issues, but not assuming that these are the only aspects worth working on.

All that said, we do realize that it would be great if we could speed the refresh-cycle of some of these algorithms up a bit, and I know the team is working on that. I know it can be frustrating to not see changes after spending a lot of time to improve things. In the meantime, I’d really recommend – as above – not focusing on any specific aspect of an algorithm, and instead making sure that your site is (or becomes) the absolute best of its kind by far.

Mueller also confirms once again that Penguin is being updated, but we still haven’t seen a release.  However, we can all agree (again) that 11 months is an awful long time to be waiting for a Penguin refresh.

We finally have the first Google Quality Rater Guidelines update of 2022, and like usual, it is … END_OF_DOCUMENT_TOKEN_TO_BE_REPLACED