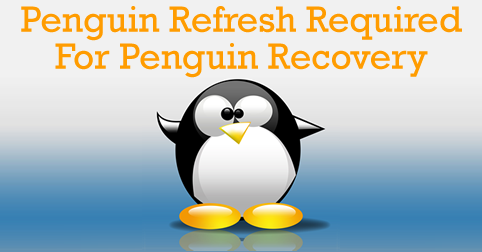 It has long been debated whether a Penguin update is needed in order to recover from a true Penguin algo hit, or whether it is possible that you can recover despite the fact we haven’t seen a Penguin refresh for almost a year.  General consensus is that an update is needed, but there are those who argue and insist otherwise.

A user on the Webmaster Central Help forum asked specifically if a Penguin update is required to recover, to which John Mueller, a Webmaster Trends Analyst at Google, responded this morning with “Yes, assuming the issues are resolved in the meantime, with an update of our algorithm or its data, it will no longer be affecting your site.” 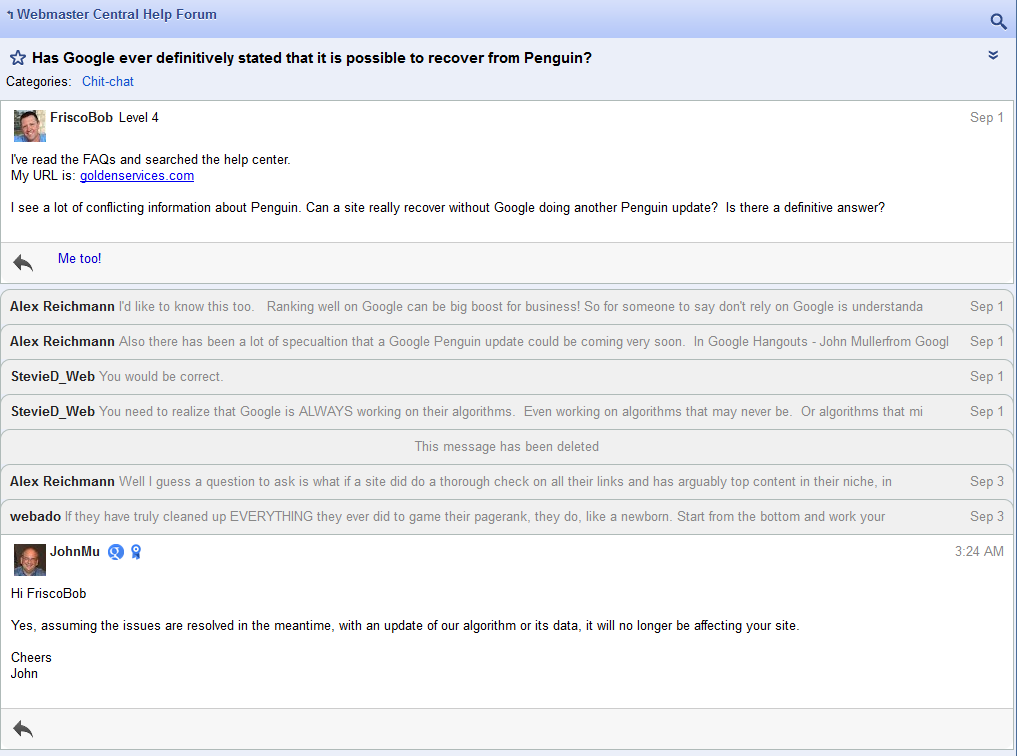 Of course, it has been nearly a year since the last Penguin update refresh, a very long time for those who were hit by the algorithm, fixed the problems and are awaiting an update.

Marie Haynes, of HIS Web Marketing, a well known SEO specializing in penalty removal, can sympathize with those caught waiting for an update.  “So many people are desperately trying to recover from Penguin,” says Haynes. “I routinely get emails from people who are saying ‘I’ve done everything I can do and yet I’m not recovering. Why?’ My answer is always that they have to wait for a refresh.”

The last Penguin refresh occurred back on October 4, 2013, which impacted approximately 1% of all search queries.  But for those impacted, it’s been a very long wait.

“Given that we haven’t had a refresh in over 11 months now, I can understand why webmasters are frustrated,” says Haynes.

While there has been a lot of speculation about an upcoming Penguin update, including John Mueller commenting that the engineers were working on it, but a month and a half has passed since that comment was made.  So webmasters are stuck waiting for the update to recover – and hope that if they didn’t do quite enough, that the following update won’t take another year to come.