You are here: Home / Video Marketing / The Lessons to Learn From The Game of War Video Advertising Strategy 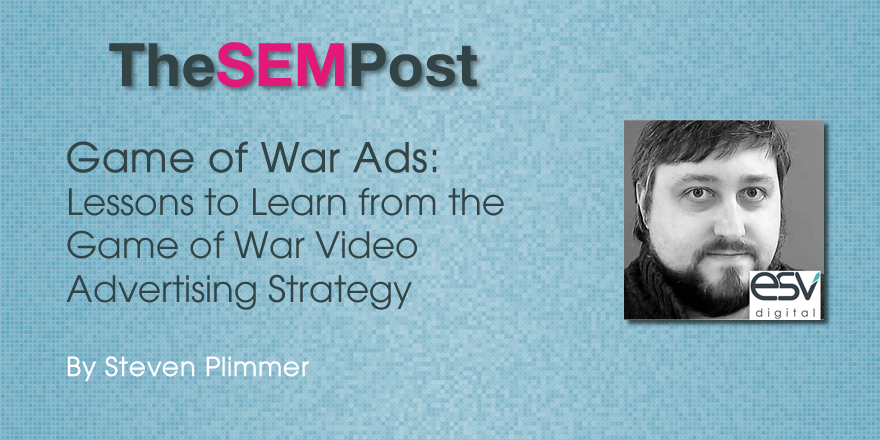 If you use any sort of game or watch Youtube with any regularity, you will have come across at least one Game of War ad. The one I saw first, on my digital travels (probably on Hulu or something) was the Lord of the Rings-gone-sexy one with that blonde model I forget the name of now [turns out it’s Kate Upton] challenging us to fight the good fight. But then more cropped up of a completely different nature, which shows you how varied you can package the same offering to appeal to different audiences in a very neat way.

In case you haven’t seen any of these – there was one with Ms Upton in a bath during the Super Bowl – you’d be one a of a very few people.

The first main one – and one that is heavily advertised on television – features the aforementioned young lady giving a pep talk to a circle of guys in costumes and wondering if “you will be my hero” (watch it here), it challenges you to show how strong and tough you are with your fictional city population by repelling invaders. Very macho, a bit nerdy with a bit of drama and attracting the kids. There are two or three variations on this overall tone that feature the same Ms Upton. 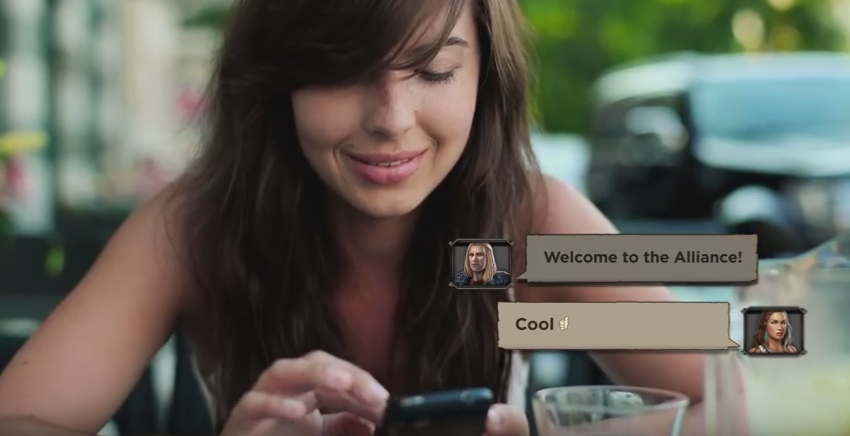 This emphasizes the social, teamwork element of the game, where you can send reinforcements to cyber-friends. Very little about violent conflict so much as peer-to-peer interaction. “Grow together”, it says as its tag line.

The 3rd is totally different again and aims squarely at the female audience with a house cat superimposed on the Game of War world and weirding out the sprites. The only human seen is a woman in her 20s giggling on her couch as if she’s watching the cat in the game, which she can’t be, of course. 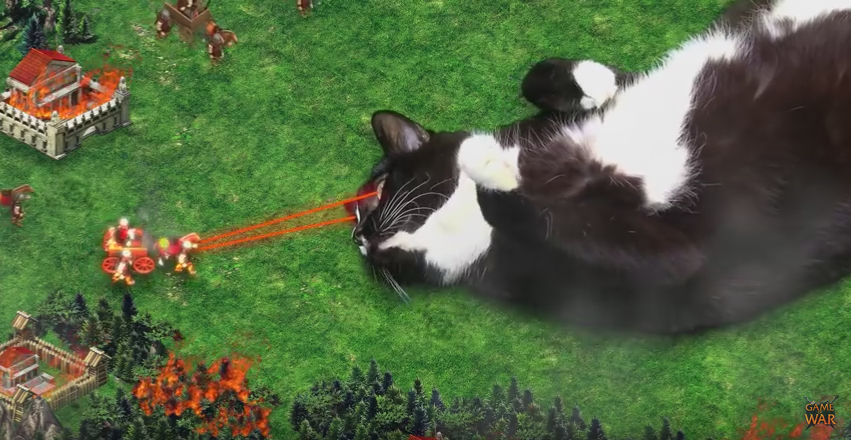 More recently, they’ve launched some higher-budget ads with an office army (“Outsmart your friends, become legendary”) and a globe-trotting version – the latter with a “Unite the world” tag line and starting to merge the geeky, dungeons and dragons vibes with the more mainstream peer collaboration appeal. 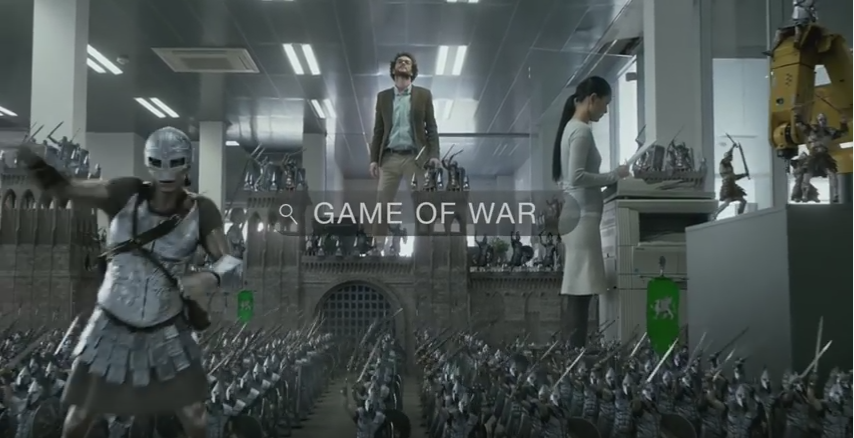 In what I imagine is an attempt to meld more mainstream female appeal and the swords and sandals fans’ aesthetics, this week they released an ad featuring an appearance from Mariah Carey, prefaced by the comical repetition of her “Hero” song. 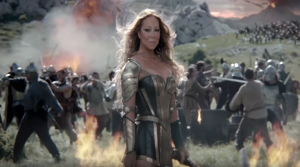 In these days of watching these ads on mobile devices through apps, on cable TV, which can target you based on viewing, and on the web where some demographic targeting is definitely happening on video ads, such completely different positioning messages for the same product make absolute sense.

The big takeaway here is that, if you know your audience and what makes them tick, you can package almost anything to that audience to appeal to them. The self-same fantasy world-building war game can be packaged to appeal to both a 30-something female realtor from Colorado and a 12 year old boy in Hong Kong who will one day design this game’s sequel.

Another minor takeaway is that the targeting isn’t perfect since I got to see all of these ads through my personal devices!

Senior Account Manager & Analyst at ESV Digital
With a decade of PPC experience, Steve hails from the UK and has been with ESV Digital since 2011 but has been working in the US for them as Lead US Analyst and Senior Account Supervisor since 2013. When not building Excel templates, and the like, he is either absorbed in all kinds of subjects from science, current affairs, technology and the arts or he’s traveling.