You are here: Home / Google / Not All Emojis Removed from Google’s Title Tags in Search Results 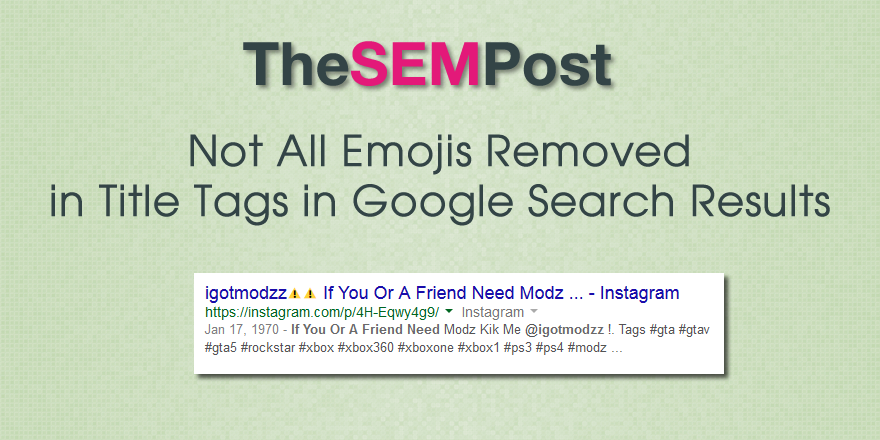 After a wait of a couple of months, Google finally removed the emojis in the search results.    However, some emojis apparently escaped the title tag purge by Google.

Here is an example of the yellow caution / danger sign that managed to slip through.

These were displayed in Firefox, but they displayed unknown character boxes in Chrome, which is perhaps how they escaped notice.

Expedia popularized the use of emojis in title tags with a large campaign of various emojis in various title tags on their site.  Google announced shortly after that they would be removed, which was officially done over the weekend.

It is unclear if any other emojis managed to sneak through the removals, however I suspect this yellow danger sign will be making a quick comeback in the search results unless it is removed soon.

I did check and was unable to find any other emojis that were still displaying in the title tags.

H/T to Cyrus Shepard from Moz for noticing these ones.

Google has released a brand-new Google quality rater guidelines, coming close to a year after the … END_OF_DOCUMENT_TOKEN_TO_BE_REPLACED