You are here: Home / Google / Google: Penguin Algo Refresh is “Months Away” 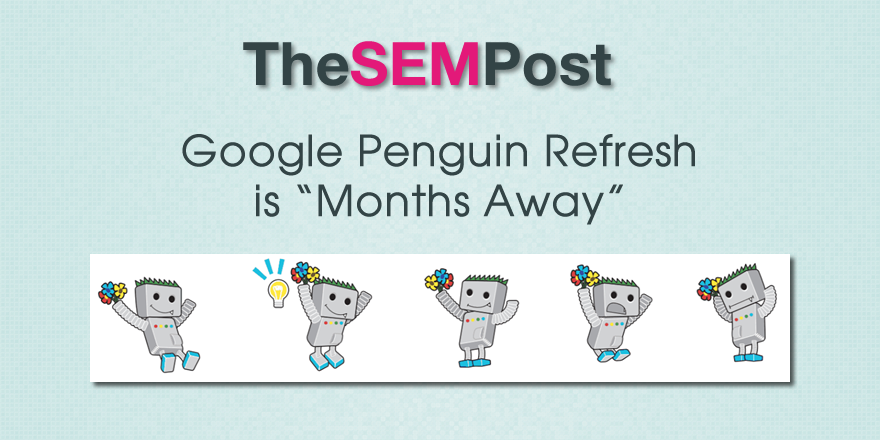 While we have known that a Panda refresh is coming soon for the last month or so, there hasn’t been much information on an upcoming Penguin update or refresh… until now.

Gary Illyes, Webmaster Trends Analyst from Google, says that the “Penguin refresh is months away.”

@mrjamiedodd No. Penguin refresh is months away

The last Penguin update we saw was a bit unusual… that update, on October 17, 2014, continued rolling out for nearly two months at that time.  That update was actually a refresh, meaning that it used the same signals from the previous Penguin update, but was simply reapplying it to the current search results.  So sites that had cleaned up their Penguin issues were back in the search results while other sites were caught in the new Penguin refresh due to problems that weren’t there with the previous update.

But many sites have been waiting for the next refresh to come as the only way to recover for those hit with Penguin is for a refresh or update to be released.  So with Penguin months away, it means those caught within the Penguin algo could be stuck there for quite a bit longer.

He also adds that Google’s goal is to have these algos run and refresh faster.

So in the future we might see it run more frequently, but we won’t see a Penguin refresh anytime in the near future.

We finally have the first Google Quality Rater Guidelines update of 2022, and like usual, it is … END_OF_DOCUMENT_TOKEN_TO_BE_REPLACED