You are here: Home / Pay Per Click / PPC Audits: A Guide to Playing Fair 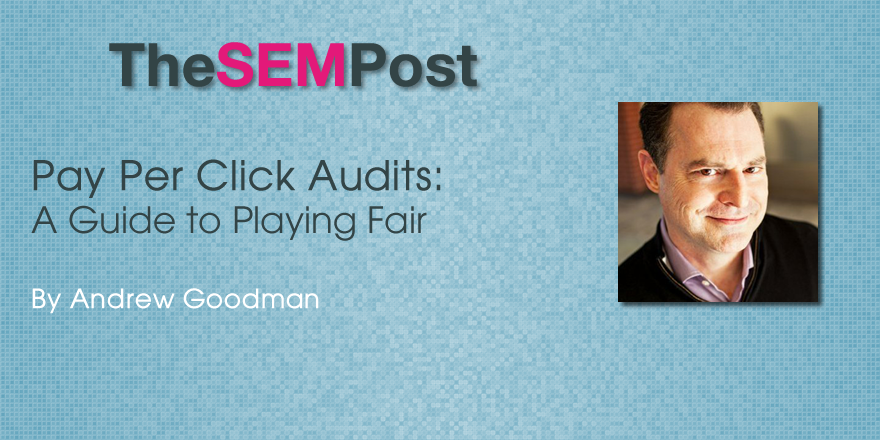 Ever been taken down by an “ambush audit”? It’s not fun.

Tempted to win new business yourself by ambushing an incumbent agency? Tempting, but…

Is your organization actually built around approaching businesses and cold-pitching them, with the “ambush audit” as the mainstay of your approach to winning new business? Well then. You are the embodiment of evil.

At HeroConf in Portland, I had the pleasure of sitting down to dinner with my good friend, a whip-smart and creative PPC agency owner. (We’ll call him “Steve.”) Judging by the quality of his presentations and the character of his personal dealings, I’m pretty sure his group is doing a great job for clients. They don’t want to take over the world: just improve their part of it.

Talk turned to PPC campaign audits that are slanted so unfairly that they cause a panicked client to dump their perfectly good agency and take up with rogue players. Steve could barely speak to the topic; he just shook his head with a combination of sadness and repressed rage. It’s as if basic interpersonal and business ethics are lacking in some agencies that do PPC and SEO. Go figure!

We agreed to carry on in our quaint way, conducting ourselves using more or less the Golden Rule, in our own approaches to new business development.

So what’s fair and not-so-fair when it comes to PPC Audit talking points? I decided to put together a few examples to illustrate.

Here are some account mistakes that are fair game for audit critique. If an audit turns up these faux-pas, take them seriously.

But here are some disingenuous, picky, tricky, faux-thorough audit talking points that you should probably take with a grain of salt.

Along with my friend Steve, I don’t think new business is important enough to be worth winning at any cost. When a prospect reviews one of my audits, I want them to take the marginal parts with a grain of salt. That being said, when I see poor account management and major opportunities being missed, I think it’s fair to call it out.

I hope the above was helpful in illustrating the difference between the “unfair nitpick” and “serious” PPC audit talking points. I’m sure you can think of your own examples, and I would love to hear them!

We finally have the first Google Quality Rater Guidelines update of 2022, and like usual, it is … END_OF_DOCUMENT_TOKEN_TO_BE_REPLACED