You are here: Home / Local / Proposed Legislation Would Make It Illegal For Companies to Penalize Individuals for Negative Online Reviews 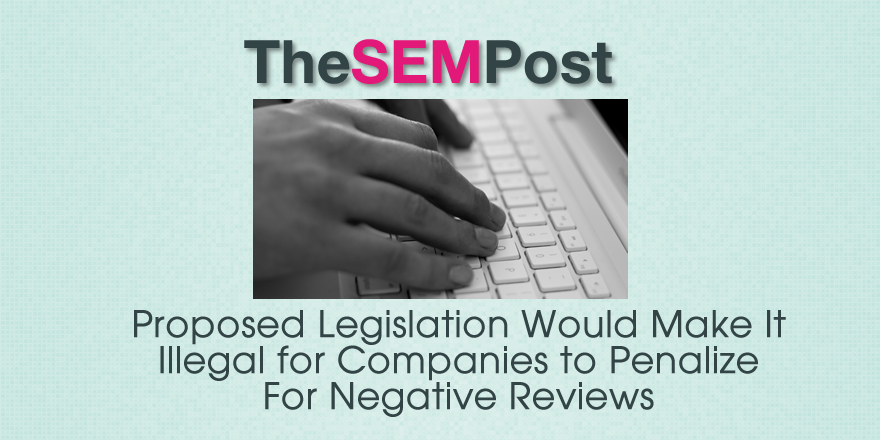 With more and more stories of contracts including clauses that prohibit leaving negative reviews or threaten fines or lawsuits for doing so, US lawmakers are wanting to make the practice illegal.

The law would make SLAPPs – strategic lawsuits against public participation – illegal.  There are some states that already have SLAPP laws in place but there is nothing uniform across all states or on a federal level.  This would change it.

The legislation is called the Consumer Review Freedom Act.

“Consumers shouldn’t have to worry about being punished for posting an honest review,” said Swalwell. “This is commonsense bipartisan legislation to ensure the rights of consumers are protected and businesses are prevented from silencing fair criticism. I thank Congressmen Issa, Sherman, and Farenthold for joining me to re-introduce this bill and safeguard free speech.”

One of the examples they brought up was the situation with a couple who discovered KlearGear fined them $3500 for a negative review they had left about the company.  After they refused to pay the “fine”, the company reported them to collections.

This was the situation that prompted California to enact their own law preventing companies from fining or including clauses in contracts that would prevent negative reviews.

There was also another case last year where a wedding hotel and venue, the Union Street Guest House, forced the bride and groom to sign a contract stating they would pay $500 for every negative review a guest left about their visit.  It caused major backlash and the hotel’s Yelp reviews are still overwhelmingly negative, although many of the negative reviews are from after their negative reviews fine was publicized.

The bill is also getting support from multiple companies that currently utilize public reviews and feedback including Yelp, Trip Advisor and Angie’s List.

Google has released a new version of the Google quality rater guidelines, a year after the last … END_OF_DOCUMENT_TOKEN_TO_BE_REPLACED