You are here: Home / Twitter / Where Do They Get All Those Wonderful Toys? A Twitter Ads Refresher 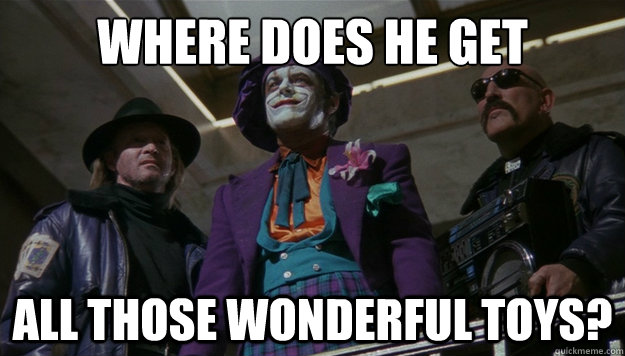 Twitter Ads has been my personal muse for some time now, and that notion hasn’t slowed down one bit. Why? Much like their counter parts at Facebook, the Twitter Ads team continues to innovate and drive their advertising platform forward. Seriously, I catch myself mumbling, “where do they get all of those wonderful toys!”

The base ad platform hasn’t changed much over the past couple of years. Keyword targeting for search and user timelines. Target interests or users similar to the followers of specific Twitter profiles. Etc., etc.. There have been innovations (e.g. device targeting, honed keyword targeting, etc.), but the base has been just that – a foundation upon which a bunch of exciting new features have been built.

In that vein, here are 6 Twitter Ads features that have me geeked out:

Facebook is still seen as the powerhouse in the social ads marketplace. And for good reason. But Twitter Ads is providing a very strong platform for reaching a targeted audience. And perhaps most importantly, tracking the performance of those campaigns. It took Facebook a long time to figure that piece out. And LinkedIn? Well… perhaps they’ll get there someday?

What will Twitter Ads come up with next? I’ve got no clue, but I’m excited to find out. What have been your experiences with Twitter ads? Please share in the comments!

We finally have the first Google Quality Rater Guidelines update of 2022, and like usual, it is … END_OF_DOCUMENT_TOKEN_TO_BE_REPLACED