You are here: Home / Google / What’s Going On! Is Google AdWords Squeezing Out 3rd Party Tracking? 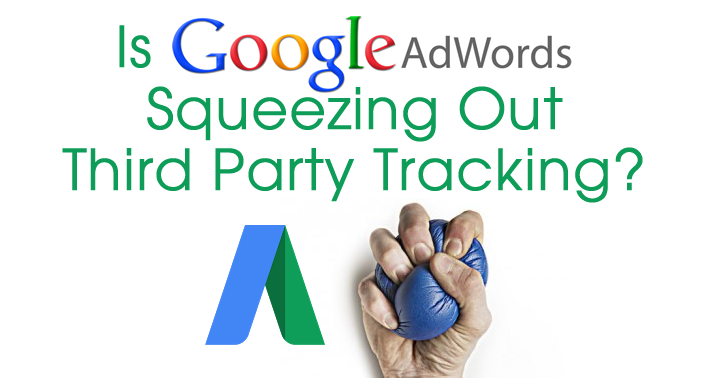 Recent announcements by Google AdWords have me a bit concerned and confused. First, it was the new destination url protocol that separates the landing page from tracking parameters. Next came call only ads. Both of these features have big upside potential and should allow advertisers to up their game. But they also have a significant downside: both of these features create a potential road block to using 3rd party Web and call tracking systems.

The URL feature is great. The premise is that you have your static, final-destination URL as a stand alone entry. By doing so, the landing page only needs to be approved once. No more editorial approval for every menial ad or URL tracking change. Any and all tracking parameters are entered separately at the ad level.

Why is this a problem? Services like Acquisio, Kenshoo and many others rely on redirect URLs for their proprietary tracking systems. To my knowledge the new AdWords feature may not play nice with those redirects. I even asked:

Now what about that call only ad? Again, it makes perfect sense. Phone calls are hugely important in PPC, especially on mobile. For some advertisers phone calls are the desired, if not the only, conversion being tracked. Call only ads present an easy to create and unique ad unit just for phone calls. To add a layer of security (that’s an assumption on my part), Google now is verifying that the destination phone number you enter matches the phone number on the website. Umm..

If this holds true and call only ads are disapproved because either a tracking number is entered on AdWords or a dynamic tracking system is installed on the website – that just plain sucks. Technology run by IfByPhone, Log My Calls and many others will effectively be worthless for that call only ad unit.

What’s Going On Here?!  We all know Google plays most things close to the vest. Remember enhanced campaigns? That rollout was announced only when they were ready to deploy. They knew no one was going to like it. The same has happened with both of these feature launches. Google was ready to deploy and then they announced (well, the call only ad was live before the announced, but I digress).

What does that mean? For starters, Google is forcing their will. So there’s that. But why? Has Google seen a surge in fraudulent practices with URL and call redirect tracking systems? Do they simply feel (as they have so often in the past) that their way is best and that the eclectic, nay necessary, 3rd party ecosystem is no longer necessary? Are they trying to squeeze 3rd party tools out of the PPC game?

It is hard to say. Personally I try to reserve judgement and hold out hope that these types of blips are necessary for the evolution of the AdWords platform and PPC as a whole. Many of us are still burnt on enhanced campaigns. If we lose the ability to leverage powerful, multichannel tracking tools Google may well have a revolt on their hands.

Google has released a brand new version of the Quality Rater Guidelines, the third one this year.  … END_OF_DOCUMENT_TOKEN_TO_BE_REPLACED