You are here: Home / Google / Upcoming Penguin Will Be Update, Not Refresh, and Real Time 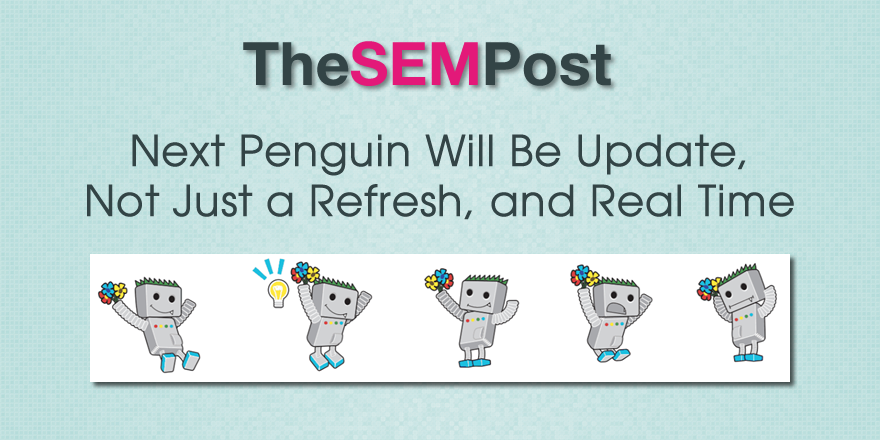 For those who have been wondering whether the new Penguin would be an update or merely a refresh, we now have our answer.  It will be a true Penguin update – meaning with new signals – rather than a refresh, which would mean simply rerunning the last version of Penguin.

Gary Illyes from Google confirmed that it would be a true Penguin update on Twitter.

@forefront1 it will be an update to the algorithm. The new iteration will be realtime which is a huge change

With Penguin being an update, it also means that some sites who haven’t tripped the Penguin filter previously could end up being hit with it.  So this means that there will be a new version of Penguin for SEOs to learn when it finally releases.

However, with the new real time component of the upcoming Penguin, it means that it will be much faster for sites to recover from Penguin, rather than having to wait until the next update or refresh, something that has been over a year now.

Last time Penguin was released, in October 2014, it was only a refresh.  The last time we saw a true Penguin update was back in May 2013, although in October 2013 there were also some slight changes made.

We still don’t know when the next Penguin update will be, although Gary Illyes said last month that it would be in 2015.

Google has released a brand-new Google quality rater guidelines, coming close to a year after the … END_OF_DOCUMENT_TOKEN_TO_BE_REPLACED