You are here: Home / Google / Upgraded Adwords Reporting Rolling Out to Accounts 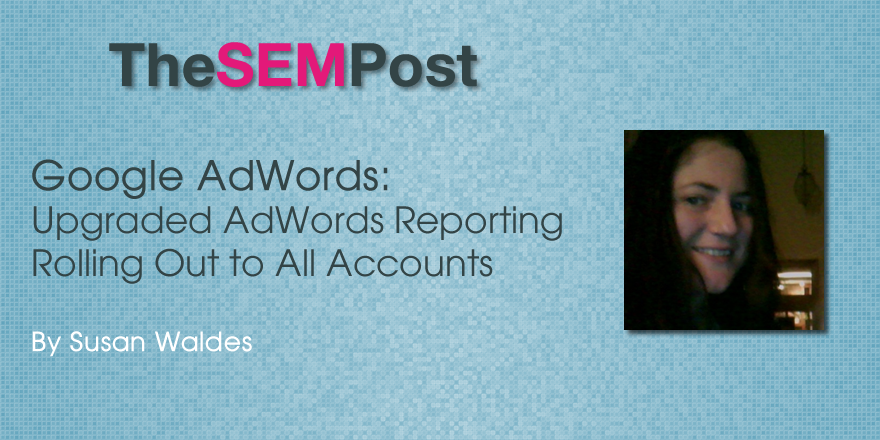 Who remembers April 22, 2014 when Google hosted a livestream forum titled #StepIntoAdwords on upcoming enterprise level features that would be added to Adwords?

Of the announcements, most SEMs were most excited about the promise of customizable multidimensional reports and data visualization tools.

Only a week later, excited about the potential, some started questioning when exactly these new features would be arriving…

Now, almost exactly 1 year later, it appears that this reporting revamp is finally rolling out to accounts.

The “Reports” area, formerly on the left sidebar, now appears on the top navigation. Clicking in, there are a handful of pre-defined reports and the ability to create your own custom report from scratch. These reports introduce brand-new UI capabilities. 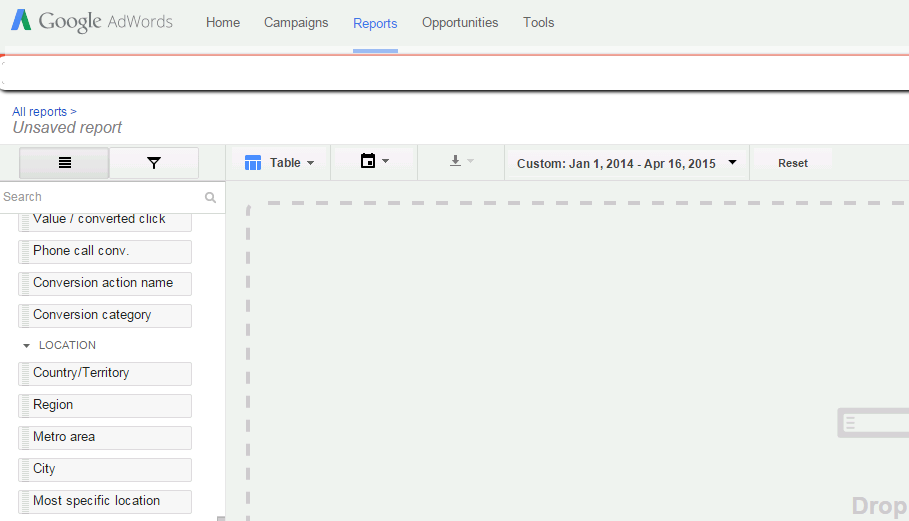 Some of the most exciting features (so far) to me are:

Those familiar with Google Analytics custom reporting will see many similarities in this reporting particularly in the drop and drop UI abilities. That said, these new AdWords features are more robust in many ways; most notably that you don’t build a report and then save it to see the data, instead the data appears in real time as you are building the report.

Google reports that this new feature dubbed the “Report Editor” will be rolling out to all accounts in April and May. More information on the capabilities of the Report Editor can be found here. https://support.google.com/adwords/answer/6191545

SVP Client Services at Five Mill Marketing
Susan Waldes has worked in the search engine marketing industry since 1999; she joined Five Mill Marketing as SVP of Client Services in April 2014 after serving as Director of Client Services at 3Q Digital Susan has handled strategy for a multitude of high-profile eCommerce, Lead generation and start-up acquisition clients at her recent firms as well as in previous roles at ROI Revolution, Rockett Interactive and as an independent SEM consultant. Susan has a BFA from Savannah College of Art and Design. Susan has contributed insights about SEM and client relationships many highly regarded outlets including Search Engine Land, Certified Knowledge and Search Engine Watch. She has spoken on SEM, advanced retargeting practices and Enhanced Campaigns at several SMX conferences, Digital East and Leadscon.

Google has released a new version of the Google quality rater guidelines, a year after the last … END_OF_DOCUMENT_TOKEN_TO_BE_REPLACED