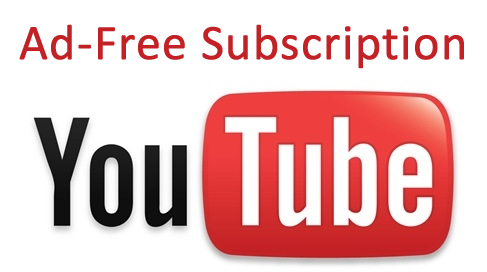 In August, the first rumors hit about Google offering an ad-free subscription for YouTube which would allow users to watch unlimited videos without having to watch any pre-roll advertising or with ads displaying on the bottom of the video while it plays.

Google has now finally confirmed that they are considering the possibility when YouTube’s head Susan Wojcicki spoke at Re/code’s Code/Mobile conference this week.

“YouTube right now is ad-supported, which is great because it has enabled us to scale to a billion users; but there are going to be cases where people are going to say, `I don’t want to see the ads, or I want to have a different experience’,” Wojcicki said in an onstage interview. She compared the idea to apps where users can “either choose ads, or pay a fee, which is an interesting model. … We’re thinking about how to give users options.”

The full clip is here:

It remains to be seen what will happen to the many YouTube partners and creators who depend on the ad revenue split from the advertising that displays on their videos, or whether there will be some opt-out option for video creators. YouTube is offering a new “fan funding” option, which could be YouTube’s answer to helping those monetize even if ads are not displayed.

However, it then makes a subscription service not really ad-free, as it wouldn’t be surprising to see a large number of publishers opting out.

For advertisers, this could definitely have a major impact on the ability to reach potential customers, especially if an ad-free subscription becomes very popular.  YouTube is still by far the best option for video ads, however Facebook is trying to challenge it with their own video offerings, so this could definitely give Facebook the boost they need for potential video advertisers to give them a shot.