You are here: Home / Google / Google’s Penguin Algo Update is Being Worked On By Engineers 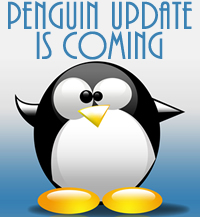 In yesterday’s Google Webmaster Central office hours, John Mueller commented that engineers are currently in the process of updated the Google Penguin algorithm.  This is good news for those who may have been penalized by Penguin, as it has been over 9 months since we saw the last update to the Penguin algo.

John Mueller was talking about algo updates and how frequently they occur when he brought up an upcoming Penguin algorithm update.  Here is a transcript of what he said (video is embedded below).

That’s something I know the engineers are working on to kind of create an update to that as well.  So that is definitely coming at some point.

Unfortunately he doesn’t reveal exactly when (although I am sure Barry Schwartz will ask at a future office hours), but it is good news that it is actively being worked on.

The Penguin algo was designed to decrease the visibility of “black hat” spam sites in the search results, using both traditional spam techniques such as keyword stuffing to some of the more technical or harder-to-spot spam.

The most recent Penguin update was released on October 4, 2013, which was the 5th version of the Penguin algo, also known internally at Google as Penguin 2.1.

Google has released a new version of the Google quality rater guidelines, a year after the last … END_OF_DOCUMENT_TOKEN_TO_BE_REPLACED