You are here: Home / Google / Google Penguin Won’t Have Slow Roll Out, Will Be Real Time 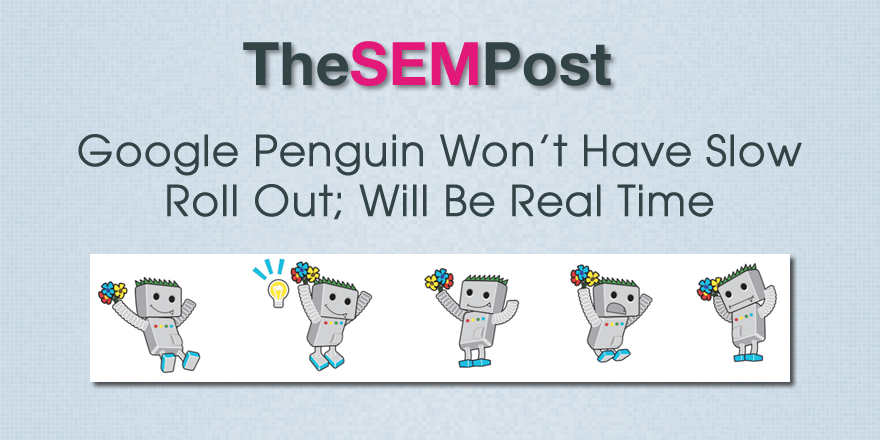 The upcoming Google Penguin update will not have a slow roll out, according to Gary Illyes from Google.  And he confirmed again that it will be the real time version of Penguin that is released.

@DonnieStrompf nope, this will be the real-time version.

There had been some concern that Penguin might share a similar slow rollout to Panda, as they brought it up to real time.  And for those impacted by Penguin, the idea of a slow roll out could mean that some webmasters wouldn’t know if their sites recovered, or if they were still waiting on a roll out.

Many SEOs haven’t been a fan of the slow roll out of Panda, both because it is harder to track what might have changed in the Panda algo, but also because it makes gauging a Panda recovery – or hit – harder.  So the fact Penguin won’t have the same kind of slow roll out is good news.

We still don’t have a confirmation on when Penguin will roll out… but everyone is hoping soon now that the holidays are over.

Google has released a new version of the Google quality rater guidelines, a year after the last … END_OF_DOCUMENT_TOKEN_TO_BE_REPLACED