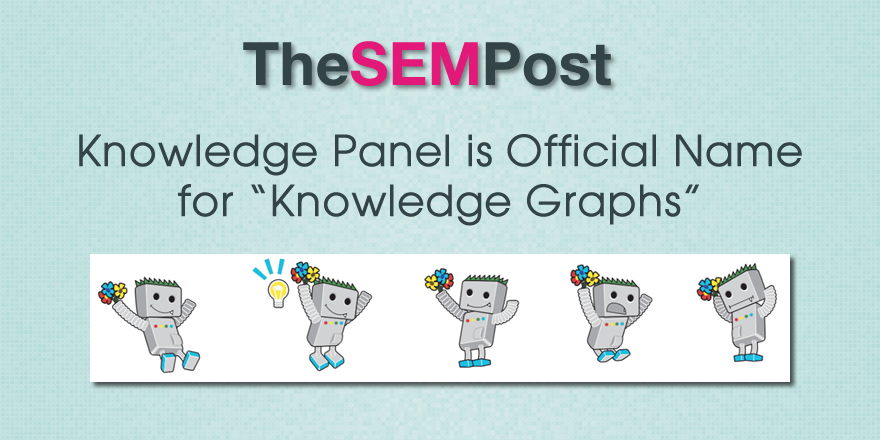 Google’s Gary Illyes is continuing to teach webmasters about what some of the “official names” are for various parts of the Google search results, rather than the name we all use for it.  This time we learned that what we all commonly call knowledge graphs are called knowledge panels by Google.

Now, as Illyes notes, it isn’t completely out of left field why we call them knowledge graphs.  But it is actually the data and infrastructure behind the panels that is known as the actual knowledge graph.  What we see in the search results is the end result of the knowledge graph back end, called the knowledge panel.

As an industry, we have a habit of calling things by a logical (and sometimes not-so-logical) name if we don’t have an “official” name.  We recently learned that what we have been calling “answer boxes” are actually called featured snippets internally at Google.  Of course, we all know about the naming of the mobile friendly algo, which was dubbed Mobilegeddon after the name “mobile friendly algo” wasn’t considered interesting enough.  However, Google also changes official names, such as we saw with the recent name change from Google Webmaster Tools to Google Search Console.So we should get used to calling them knowledge panels and not knowledge graphs, since the graph part refers to the infrastructure feeding it the data, and the knowledge panel is the part we actually see in the search results.

Google has released a brand-new Google quality rater guidelines, coming close to a year after the … END_OF_DOCUMENT_TOKEN_TO_BE_REPLACED