You are here: Home / Google / What We Know About Google’s Mobile Friendly Algo Roll Out So Far 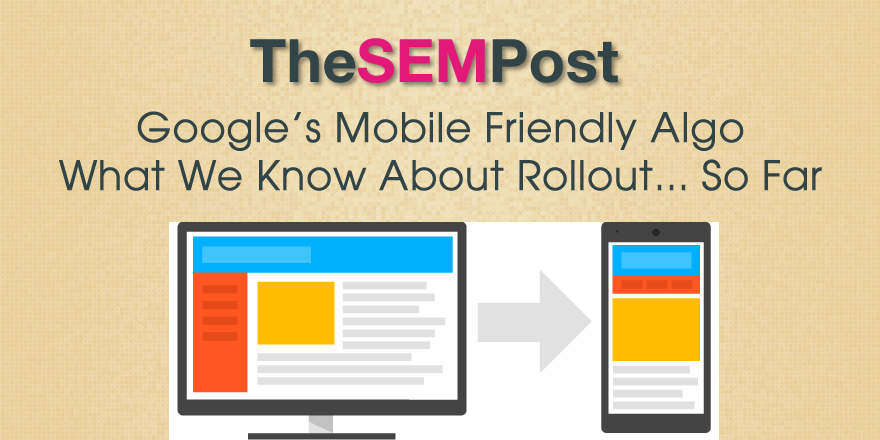 We are now a day into the Google Mobile Friendly Algo, and most people are reporting that there just isn’t a lot to see, at least not yet.

Dr. Pete Meyers from Moz, who tracks all noteworthy changes in the search results for Mozcast reports that everything seems average without noticeable shifts.

And this seems to be pretty close to what other people are reporting as well.

However, Barry Schwartz believes it just started rolling out minutes ago (9am PST Wednesday)

@rustybrick I just checked dozens across sites and countries and categories and nothing has changed. 🙂 I hope you're right, but…

@glenngabe @rustybrick I'm seeing the same as Glen across multiple sites in multiple countries. I see no changes whatsoever.

In other words, we just aren’t sure yet 🙂

We do know that the roll out is expected to happen over the period of about a week, but many expected to see some sort of changes by now, especially for something that is expected to disrupt more results than Panda and Penguin combined and have a greater impact than the HTTPS signal.

Google itself reported that they have seen a 4.7% increase in mobile friendly sites – something I expect went even higher as people were trying to make changes right up to the deadline.

Google also released their own Q&A about the changes, but if you have been keeping up on the news, there isn’t anything new that they added.

If you still have questions about the algo, we covered everything in detail in our Google Mobile Friendly Algo Guide.

Bottom line, keep watching, particularly for the Mozcast data from Dr. Pete Meyers since they use a much larger sample size.

Google has released a new version of the Google quality rater guidelines, a year after the last … END_OF_DOCUMENT_TOKEN_TO_BE_REPLACED