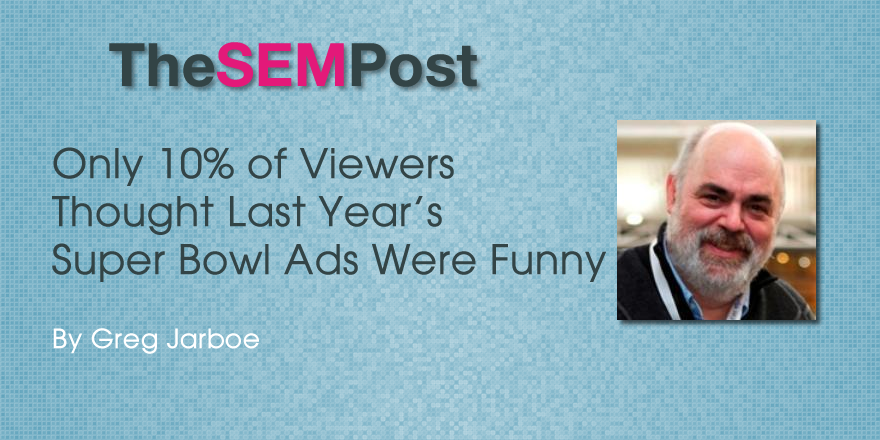 Online engagement with Super Bowl 50 ads dropped nearly 20% from the previous year, according to new data launched yesterday by video ad tech company Unruly. Unruly’s Science of Sharing: Super Bowl 50 study shows that shares of Super Bowl 2016 ads across social media fell from 9.03M in 2015 to 7.84M last year – a drop of 17%.
Unruly data reveals that the main reason for this decrease in online engagement is that Super Bowl 2016 ads failed to evoke intense emotional responses in viewers, a critical issue when intense emotional response is the key driver of video shares and engagement. Humor, in particular, was in short supply. Despite many advertisers attempting to make viewers laugh, only 10% of viewers felt the ads were actually funny. One exception was Doritos’ “Ultrasound,” which was the most shared ad of the Big Game, with 29% of viewers citing they found the video intensely funny.

It wasn’t just that ads failed to amuse. Viewer feelings of happiness, inspiration and amazement were also much lower than average, leading to the decline in overall viewer engagement with 2016 Super bowl ads. The results are in stark contrast to the record-breaking 2015 Super Bowl, when 80% of ads tested evoked intense emotional responses and delivered a wide range of emotional responses, including exhilaration and pride.
Additional findings from the Science of Sharing white paper reveal:

Devra Prywes, Unruly’s SVP Insights and Marketing, US, said, “We’re looking to help advertisers make the most of the Super Bowl, the biggest stage of the year. The key things we share in the Science of Sharing: Super Bowl 50 report is that advertisers just didn’t create ads that packed an emotional punch with the audience. We track over 100 social variables, and generating a strong emotional response is the #1 thing advertisers can do to connect with their audiences and make people want to share them online, driving digital buzz. One problem is that many advertisers aimed for humor, but missed the mark (only 10% of viewers found the ads funny). Humor is just one of the 18 different psychological responses that we track. If advertisers want to stand out during the 2017 Big Game, we’d suggest relying on some of the lesser used responses – like pride, exhilaration, nostalgia or even sadness – to stand out from the crowd.  We’ve seen this work well in the 2015 and 2013 Big Games which broke video sharing/engagement records!”

Prywes added, “Having a multi-platform distribution plan is the other key element in a strong Super Bowl plan.  Content and distribution are two sides of the coin for success. Even the best ads have to be seen to earn engagement. And consumers are fragmented across many devices and platforms, so the key is to make your ad available and discoverable wherever people consume video content.”

Click here to download the full Science of Sharing report, along with emotional & brand analysis from Unruly EQ, facial coding analysis from Affectiva, and audio recommendations from Moodagent’s Listening Machine.

The report delivers content and distribution analysis, facial coding overview from Affectiva and analysis of intensity of the music throughout videos from Moodagent. It also includes recommendations on how to make Super Bowls more shareable online.

We finally have the first Google Quality Rater Guidelines update of 2022, and like usual, it is … END_OF_DOCUMENT_TOKEN_TO_BE_REPLACED