You are here: Home / Video Marketing / Baby Boomers are the Audience Most Advertisers are Missing on YouTube 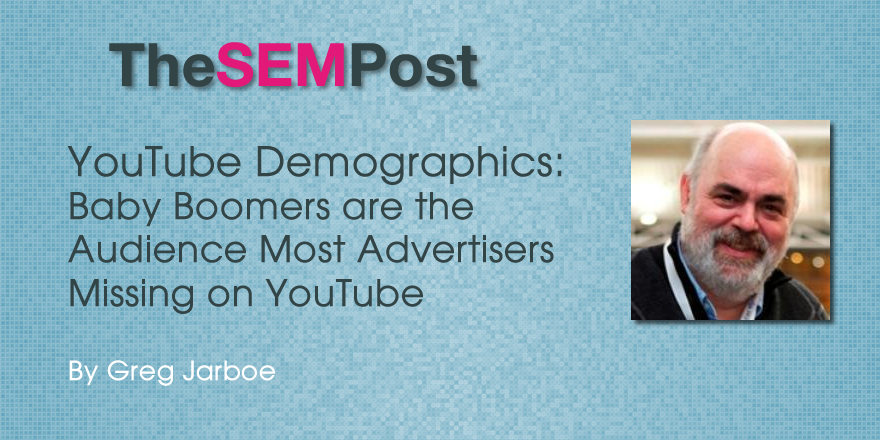 I admit that I’m a Baby Boomer. And I confess that I’ve been writing about video marketing for more than a decade. But, despite these two facts, I was still surprised to read the counter-intuitive findings in the Strike Social Data Report entitled, “YouTube’s generational divide.” This report examines a year’s worth of YouTube data across 25 industries in the U.S. Here’s the biggest surprise: “Advertisers give millennials all the love – but it’s boomers who deserve a closer look.”

According to the report, “Each month, YouTube reaches 81% of all Americans on the internet. The platform is particularly popular among millennials, who watch it more than any cable news network.

Although each generation is well represented on YouTube, they don’t all interact with video ads in the same way. If you look at the audiences with the highest view rates, you’ll find a lot of similarities between the topics that attract millennials and Gen Xers. But as you’ll see in the chart below, baby boomers are entirely different. 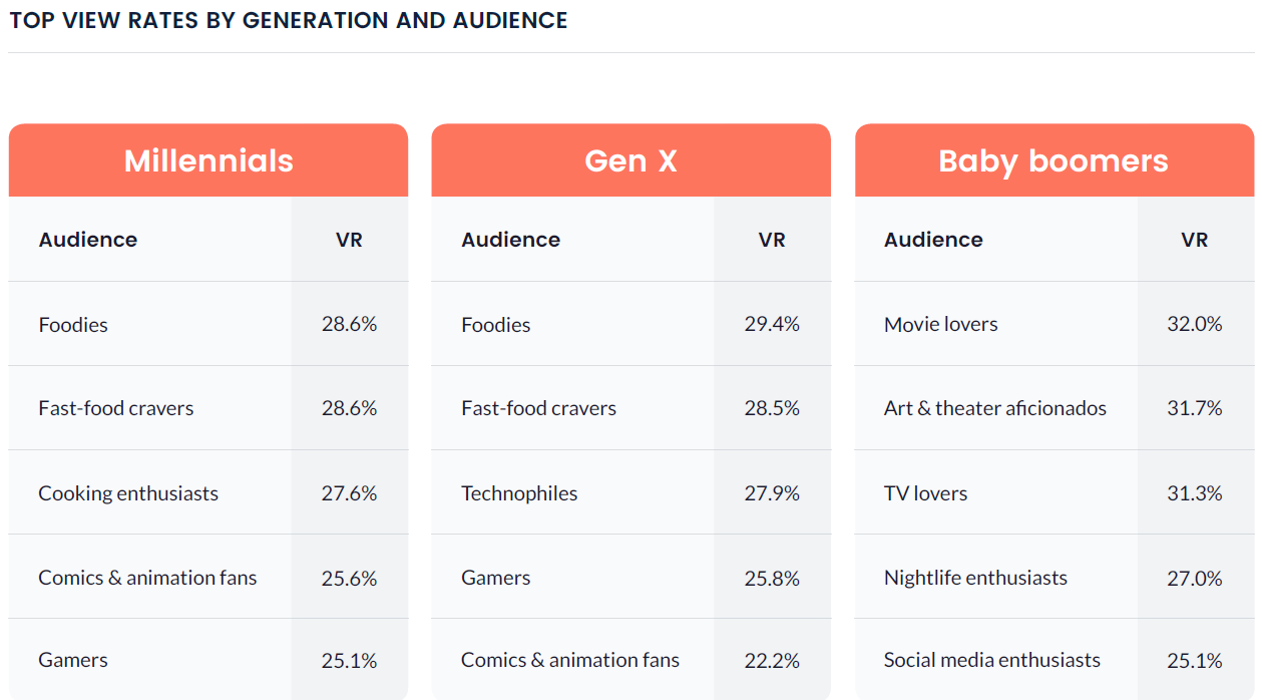 Okay, so YouTube is ubiquitous across generations. But, why do boomers deserve a closer look?

I’m glad you asked. As you will see in the chart below, the cost-per-view for YouTube advertising varies by only a fraction of a penny across these three generations, but baby boomers have a nearly 10% higher view rate than their younger counterparts.

What might account for this? Well, younger audiences are targeted a whole lot more. Millennials and Gen Xers received much more budget than baby boomers did in 2016 (156% and 137% more, respectively, according to the report).

Now, some of this difference in ad spend can be attributed to the fact that boomers are a slightly smaller audience. But that doesn’t account for the entire gap. In 2016, baby boomers only received a substantial amount of targeting budget in 56% of the industry groups examined, even though they are much more likely to watch an ad. As a comparison, millennials and Gen Xers were well represented in

84% of the groups during the same period.

And it’s worth noting that baby boomers account for 48% of consumer expenses per year. In contrast, Gen X is responsible for only 34% of consumer expenses, while millennials account for 19%, according to the U.S. Bureau of Labor Statistics. And yet YouTube ad spend doesn’t reflect these major differences in purchasing power at all. In short, YouTube advertisers are targeting millennials the most, when actually this generation spends the least amount of money and is the least likely to watch your ads.

So, let me summarize the report’s most counter-intuitive findings:

I interviewed Jason Nesbitt, VP of Media and Agency Operations at Strike Social, via email. Here are my questions and his answers:

Greg Jarboe: Do advertisers tend to target millennials because they assume that their brand preferences haven’t been set in stone yet?

Jason Nesbitt: There is this perception among advertisers that millennials (18- to 34-year-olds) are the best audience to target on social media platforms. For good reason: YouTube is very popular among millennials, as they watch it more than any cable news network.

But despite stereotypes, there are a lot of older users across all social platforms. Nearly a quarter of YouTube’s monthly visitors are baby boomers, who are the most likely to engage with video ads, according to the “Generational Divide.” Boomers register view rates 10 percent higher than millennials. Still, millennials and Gen Xers receive much more budget than baby boomers (156% and 137% more, respectively).

While advertisers are targeting millennials the most on YouTube, this audience is the least likely to watch your ads or spend money. Boomers, on the other hand, are big spenders — representing nearly half of consumer expenditures in the U.S.

Boomers’ engagement on YouTube, along with their purchasing power, gives reason as to why advertisers should give this group more attention.

Greg Jarboe: Do you have any evidence that baby boomers are changing their brand preferences after watching YouTube ads?

Jason Nesbitt: While we don’t have evidence that baby boomers are changing their brand preferences after watching YouTube ads, we can say that the topics and industries baby boomers are interacting with on YouTube differ dramatically from millennials and Gen Xers, proving boomers need differentiated, content-tailored ads.

Looking at YouTube affinity audiences, 32 percent of boomers are movie lovers, and 31.7 percent are art and theater aficionados. In contrast, millennials and Gen X are approximately 29 percent foodies and 28.5 percent fast-food cravers.

If advertisers want to stay ahead of the curve and see more engagement — and ultimately, more revenue — from all generations, they should focus on the topics and brands each generation cares about most.

But wait, there are more surprises in the report.

As the chart below shows, desktop computers have the highest view rate among all generations, but these devices are also the most expensive to target. Gen Xers are less likely to watch an ad on a tablet, but this is also the cheapest place to reach them. The stereotype of boomers as Luddites is debunked by their consistently higher view rates across all devices compared to both millennials and Gen Xers. It’s also important to note that boomers are more likely to watch YouTube ads on their smartphones than any other generation.

Now, there are a lot more details in the report about:

So, check out “YouTube’s generational divide” for yourself and see if you are as surprised by the counter-intuitive findings as I was. Hey, just because I’m a baby boomer and I’ve been writing about YouTube marketing since January 2006 doesn’t mean I’m biased. Their PR agency pitched me the data via email and I thought this was an interesting “man bites dog” story. So, if you’re reading this story on your smartphone, then run – don’t walk – to the nearest laptop and download the complete report.

We finally have the first Google Quality Rater Guidelines update of 2022, and like usual, it is … END_OF_DOCUMENT_TOKEN_TO_BE_REPLACED