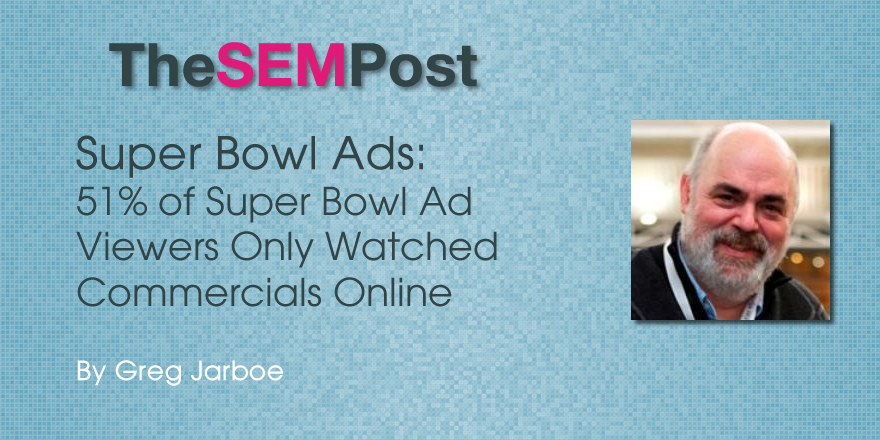 Super Bowl XLIX holds the record as the most viewed show in the US, with NBC charging $4.5 million for 30 seconds of airtime. However, more than half of Super Bowl ad viewers did not watch the commercials on TV, according to new data from Unruly.

In fact, 51% of ad viewers surveyed in Unruly’s new white paper “The Science of Sharing 2015” say they saw the commercials on their PCs, tablets and mobile phones rather than on TV. That’s going overturn a lot of conventional wisdom. 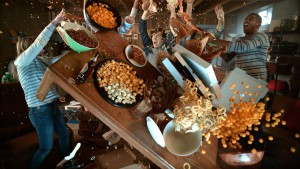 “For marketers who think the Super Bowl is a TV-only event, this should be a huge wake-up call,” said Unruly US President, Richard Kosinski, in a press release.

“Viewers are tuning in to ads on multiple devices, with the majority not watching Super Bowl ads on TV. Marketers need to realize that in order to maximize their Super Bowl spend – valued at $5 million for 30 seconds of airtime in 2016 – using smart targeting to reach an interested target audience is imperative.”

With so many viewers watching the ads online rather than on TV, Super Bowl 2015 saw a record number of online video ad shares. Super Bowl commercials on the web attracted a total of 9 million shares (and 483.6 million views) – a 73% increase from the previous year.

The data points to several main factors that contributed to this increase. Firstly, there was a 32% increase in the total number of ads released online, as advertisers experimented with formats outside of YouTube, including Facebook’s video player for the first time, as well as Vine.

Secondly, advertisers embraced their emotional sides and used a much broader mix of strong emotions compared to the previous year, ranging from warmth and hilarity to pride, nostalgia and sadness. Additionally, just over half of official Super Bowl TV ads (excluding teasers and online exclusives) were released ahead of the Big Game broadcast for added sharing opportunities.

However, Unruly found that advertisers are still not maximizing their reach online.

“Marketers are realizing that delivering ad content that elicits strong emotions is the best way to connect with viewers,” added Kosinski.

“Our research has found that 70% of viewers who experienced an intense emotional response to an ad were very likely to buy the product. Creating an ad that connects with viewers has huge business benefits, but you shouldn’t stop there. Advertisers need to take their creative content and pair it with a strong programmatic distribution strategy to reach their target audiences.”

For a link to the data, along with recommendations on how brands should launch their next sports tentpole campaign, click here.

The Science of Sharing: Super Bowl XLIX Study analyzes 16 ads that aired during Super Bowl 2015. The study surveyed 1,200 panelists using Unruly ShareRank, an algorithmic tool containing more than 100 variables and trained from a unique data set of 2 trillion video views and more than 395,000 consumer data points to predict the shareability of video content. Unruly ShareRank identifies which parts of the video provoke the strongest viewer responses – which in turn drive sharing – so brands can:

We finally have the first Google Quality Rater Guidelines update of 2022, and like usual, it is … END_OF_DOCUMENT_TOKEN_TO_BE_REPLACED