You are here: Home / State of the Industry / What Would Aliens, or Anyone Else, Think of Us? 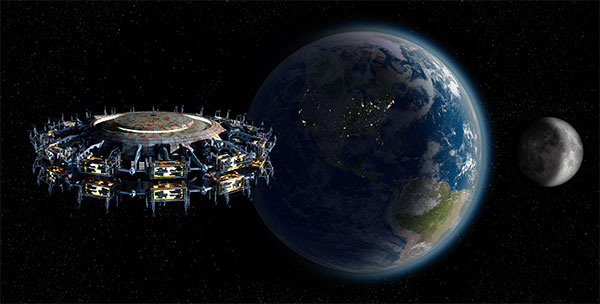 Several recent events have had all the major social media platforms awash in discussions (and flames). From Fallujah-like scenes in Florence, Missouri to what seems like half the planet’s populace dousing themselves in ice-water, one has to wonder what observers from other worlds would think of us.

I know what I think of us, but I’m a cynical SOB, by nature. Having watched mankind through various highs and lows for the last 6 decades, little surprises me – and sadly, little encourages me.

My father always told me that everything that happens, even if seemingly catastrophic, offers some good, if we’re willing to recognize it. To be honest, I’ve tried many times over the years to shoot holes in that axiom; to date, it still holds water, at least for me. Sometimes, it’s hard to see that good – sometimes, it’s hard to even make the effort to look for it. But I’ve seen a lot of bad things happen in my lifetime, and I’ve always been able to eventually spot some positive effect.

Being as perverse as I am cynical, I’m drawn to wonder… is it also possible that no matter how terrific some event may seem, there’s a darker side to it, as well? Does everything good bring with it some bad? I’m inclined to say yes.

The question, of course, is whether we really want to bother to look for a downside in everything that happens, at least beyond what prudence and our instinct of self-preservation demands. Not for me, thanks… I’ve got important stuff to worry about, without letting my imagination cook up new headaches. Like what’s going through the head of my daughter’s boyfriend (who am I kidding – probably the same thoughts that occupied most of my waking mind at that age). Or maybe what will happen if the Mayans simply ran out of room on their calendar and didn’t get to warn us about an alien invasion later this year. (Okay, I don’t really worry about an alien invasion, but my baby’s beau concerns the hell out of me.)

Getting back to the mixed effects of events, though, let’s look at a couple that still have the online world all atwitter (see what I did there?).

Ferguson Fiasco, The Good, the Bad and the Ugly

To call it a fiasco is charitable, really… it’s been nothing less than a total disaster at every step of the way, beginning with the unnecessary death of a young man. What good could possibly come out of such a mess?

Beginning with the obvious, the visibility has pointed out a social situation right out of the 50s, rife with racism and ignorance, with a healthy dose of totalitarianism. The aftermath of the shooting has gotten enough light shone on it that I’d say some drastic change is almost sure to take place. To many, it has brought home the fact that racism did not magically disappear in the 60s. Light on such issues eventually bring about change.

It’s also gotten some people thinking about the social aspects of a populace living in fear of heavy-handed bullying. For the folks living in Florence, the “problem” seems to be no more than the color of their skin, but it’s not difficult to imagine any number of other things causing similar issues… religion, politics, resources, etc. To most, that such actions could be taken by a police department, against unarmed protestors in the U.S., is unimaginable.

Other discussions, often very animated, center on civil police departments even being allowed to possess military weapons of war (much less be supplied them by the federal government), when the only “enemy” they’ll ever face are fellow citizens. There were many individual sub-events in the days following the shooting that would cause a raised eyebrow if they occurred in a developing nation, under a military junta.

To me, the real ugly would be if there aren’t dramatic changes made in the general attitude toward police departments waging war on the citizenry. Protect and Serve, guys! Not Gas and Maim.

So as sad as Michael Brown’s death is and as disturbing as the St. Louis County Police Department’s handling of the demonstrations was, some good appears to be coming out of the entire situation.

Looking from the other direction, here’s one that undeniably has had far-reaching beneficial effects. Occasionally, human generosity goes viral and we see an outpouring that would encourage the most jaded of us.

Between July 29th and August 21st of this year, nearly 42 million dollars was donated to the ALS Association alone, only one organization that is dedicated to ALS research and treatment. Compared to the 19.4 million donated in the year ending January 31st, that’s a significant jump.

Unfortunately, haters gonna hate. Sometimes, an otherwise valid point can be beaten into the ground, such as the complaints against the waste of water. The ALSA received 739,000 new donations in less than a month. If we assume a similar number of dousings, at 5 gallons per person, that’s about 3.7 million gallons of water. That’s not an insignificant amount, particularly when viewed against the plight of people that live without sufficient water. But is that water really “wasted”? Is it gone? No. but it still constitutes a lot of waste.

Can you ship that gallon of water to a family in some African desert? Of course not. So to my way of thinking, the real hazard of all that water being dumped on YouTube is the image it depicts to those that need water or have loved ones in that situation. Tacky, at best, in their eyes, I’ll wager – much like a banker counting his money in front of a beggar.

One point of my rambling is that every situation has good and bad, depending upon our viewpoint. The other, one that most of us already are well aware of, is that online social media has made both characteristics more visible, on a global basis.

Most importantly, because our antics in Florence and on YouTube are seen throughout the entire free world and most of the rest (except perhaps China and N. Korea), we have to consider the effect that has on our image. Because our image as a nation affects our government’s ability to deal with other countries, our businesses as potential partners and vendors and can extend even to the safety of our traveling citizens, it affects our economy in many ways.

Simon Anholt recently presented a Ted Talk about this effect (it’s well worth the time to watch it). His main point focused on how international perceptions of us can impact our economy and wellbeing. He makes the point that most people around the world are “cultural psychopaths”, in that they’re either unable or unwilling to empathize with others. Personally, I think we’re perfectly able. The willing is often in question, though.

Google has released a new version of the Google quality rater guidelines, a year after the last … END_OF_DOCUMENT_TOKEN_TO_BE_REPLACED