You are here: Home / SEO / Separating the SEO Signal from the Noise 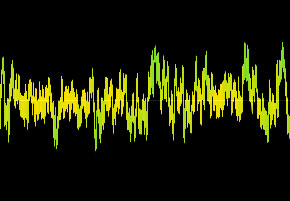 With hundreds of voices clamoring to be heard, most professing to be God’s gift to SEO, it can seem impossible to figure out who to listen to. The fact that there is so much disagreement in what they all have to say makes it even tougher.

So how do you pick the right voice to heed?

There’s no universal formula for separating the wisdom from the BS. What works for you might not work for anyone else. But here are a few things you might want to consider when you’re trying to figure out whether someone’s opinion is worth considering.

The first 4 points are positives… if the candidate exhibits those characteristics, it’s a plus in their favor. To me, these traits indicate a desire to present an even-handed argument, without misleading, while ensuring they’ve considered all reasonable possibilities.

The last two, at least for me, are show-stoppers. #5 is likely to show you correlation, while claiming it “proves” something. #6 should be a red flag… if that’s the best argument they can present, then they have no argument.

Gauging the value of their arguments

You won’t come across a single blog post or discussion thread by which you can bracket any individual as credible or not. It’s much more likely to be a trend that appears over a period of time and a variety of topics. When you’re spending a lot of time looking for opinions, you’ll find no shortage of them. Odds are that after you’ve seen a dozen or so such instances from an individual, you’ll get a pretty good feel for how reliable a source they may be.

A few “rules” that might be helpful, to help offset the more judgmental points above:

Often, recommendations from others that have used someone’s services or worked with them will be valuable. Still, we each have to sort through the noise and try to find the signal, and nothing can tell us with certainty how it’ll work out until we’ve actually tried their recommendations for ourselves.

Of course, if you still can’t decide who to listen to, you could just decide to take a radical approach and test your own theories. That way, if something doesn’t work out well, you’ll have nobody to blame but yourself.

The key is to apply critical thinking skills to your analysis. If you don’t possess those skills already, you’d better find a way to get them… without a doubt, they’re the most powerful tool in your kit.

We finally have the first Google Quality Rater Guidelines update of 2022, and like usual, it is … END_OF_DOCUMENT_TOKEN_TO_BE_REPLACED