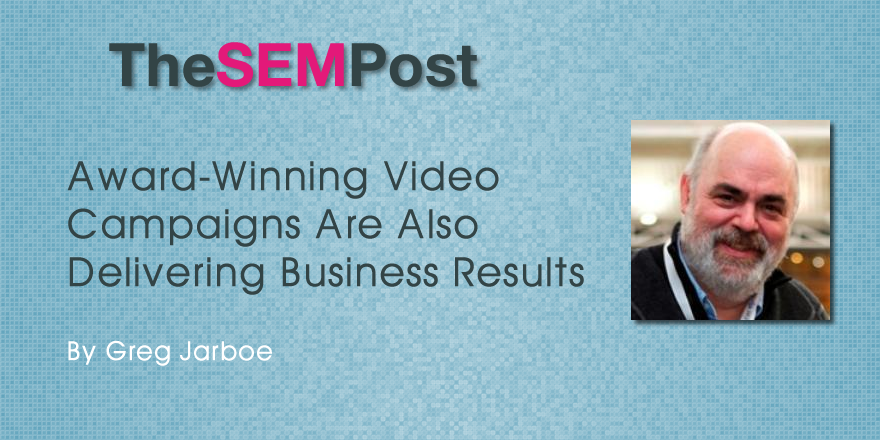 Warc recently announced the 2016 results of its annual ranking of the world’s best marketing campaigns according to their business impact. The Warc 100 rankings are based on a very different methodology developed in consultation with King’s College London that tracks advertising competitions around the world which require entrants to show the business impact of a campaign, rather than solely recognizing the campaign’s creativity.

When I looked over this year’s list of top 100 campaigns, I saw a couple that I’ve discussed in the past, but there were a whole lot more that I hadn’t seen or heard about before.
For example, this was the first time that I’d seen “Penny the Pirate,” which ranks #1. Developed by Saatchi & Saatchi and OMD for Australian optical chain OPSM, the campaign combined traditional and digital media, producing an engaging printed book and app to highlight vision problems in children. More than 126,000 parents bought the reading book, the number of eye tests conducted by OPSM increased by 22.6% year-over-year, and its sales also grew by 22.4%.

On the other head, I’ve written before about #LikeAGirl by Always, the feminine hygiene brand, and Leo Burnett/Starcom Mediavest Group. But the new news in the Warc 100 is that this campaign ranks #2 because the video had been shared 1 million times within the first month, the brand’s purchase intent increased up to 92%, and Always received a UN award for the impact the campaign had on female empowerment around the world.

After reviewing the Warc 100, there are a number of themes that emerge.

Digital campaigns, particularly social video campaigns, are delivering business results.
Many of the winning campaigns use digital elements to deliver scale: in all, 11 of the 20 top-ranked campaigns (55%) led with digital channels.

Notable uses of digital that I’ve written about before include the “Live Test Series” (ranked fifth) by Volvo Trucks. Its YouTube video views of over 100m reached far beyond the brand’s niche target audience of truck drivers and resulted in a 23% growth in sales in the fourth quarter of 2013.

Another example that I hadn’t seen before is “If We Made It” (ranked sixth) by Newcastle Brown Ale, which used online video to parody the advertising hype around the Super Bowl, increasing volume sales by over 20%.

More brands are using social activism effectively to drive business
Pioneered by Unilever-owned brand Dove over the past decade (and sometimes dubbed “The Dove Effect”), marketers around the world have learnt that taking a strong, socially progressive stance can help drive business impact. This need for brands to be seen as good corporate citizens has informed many top-performing marketing strategies, as is reflected in several top 20-ranked campaigns including “#LikeAGirl” (second), “Inglorious Fruits and Vegetables” by Intermarché (fourth), “I Will What I Want” by Under Amour (10th), “Touch the Pickle” by Whisper (12th) and “This Girl Can” by Sport England (20th). Most brands choose relatively uncontentious causes, from encouraging female empowerment to cutting food waste, though with its “This is Wholesome” campaign (seventh), Honey Maid took a braver stand and selected a potentially divisive topic: celebrating alternative family structures.

Procter & Gamble moves to No 1 advertiser globally
Procter & Gamble has improved its points total and ranking for each of the last three years and had nine campaigns in this year’s top 100, versus Unilever’s three. Last year, the FMCG giants’ positions were reversed: Unilever claimed first place overall, with six campaigns in the top 100, while P&G, in second, had three.

Both companies have initiated an efficiency drive over the past few years, cutting advertising spending on “non-working media”, a strategic change that has sparked debate about whether this limits the creation of impactful breakthrough advertising. Procter & Gamble’s strong performance in the current Warc 100 reflects the company’s continuing ability to develop powerful advertising that gets people talking. While Unilever remains a very effective advertiser, the latest results raise questions about the potential impact of cost cutting on the development of breakthrough marketing ideas.

Methodology
Warc tracked more than 2,000 winners in 79 different effectiveness and strategy competitions to compile the rankings. Warc assigns points to these campaigns (and the brands and agencies behind them) based on the prizes they win in those competitions. Each competition is weighted based on how rigorous and prestigious it is – Warc determines this via results from a poll of more than 100 senior strategists in markets around the world.

This methodology was developed in consultation with Professor Douglas West, Professor of Marketing at King’s College London. The methodology is applied consistently across all competitions tracked.

So, if you’re looking for some case studies to convince your boss or a client that digital, video, or social media marketing works, check out the treasure trove on Warc.

Google has released a new version of the Google quality rater guidelines, a year after the last … END_OF_DOCUMENT_TOKEN_TO_BE_REPLACED