You are here: Home / Video Marketing / ‘#BusterTheBoxer’ from John Lewis Tops List of Most Shared Ads of 2016 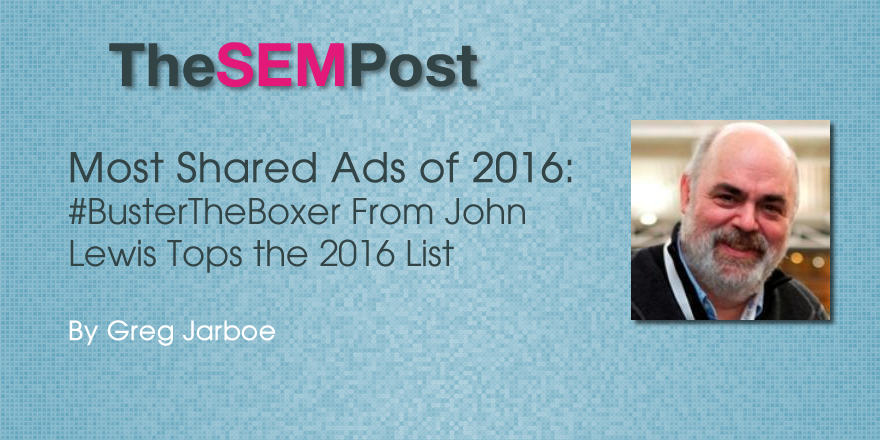 UK retailer John Lewis is bouncing with joy today after its Christmas campaign “#BusterTheBoxer” was named the most shared ad of 2016 by video ad tech company Unruly. The two-minute video ad, which features an array of animals playing on a family’s trampoline at Christmas time, appears at the top of Unruly’s annual Top 20 Global Video Ads Chart after attracting 1,949,387 shares across social media. The ad’s performance since its launch on November 9 also makes it the 5th most shared Christmas ad of all time and the most shared John Lewis ad ever. 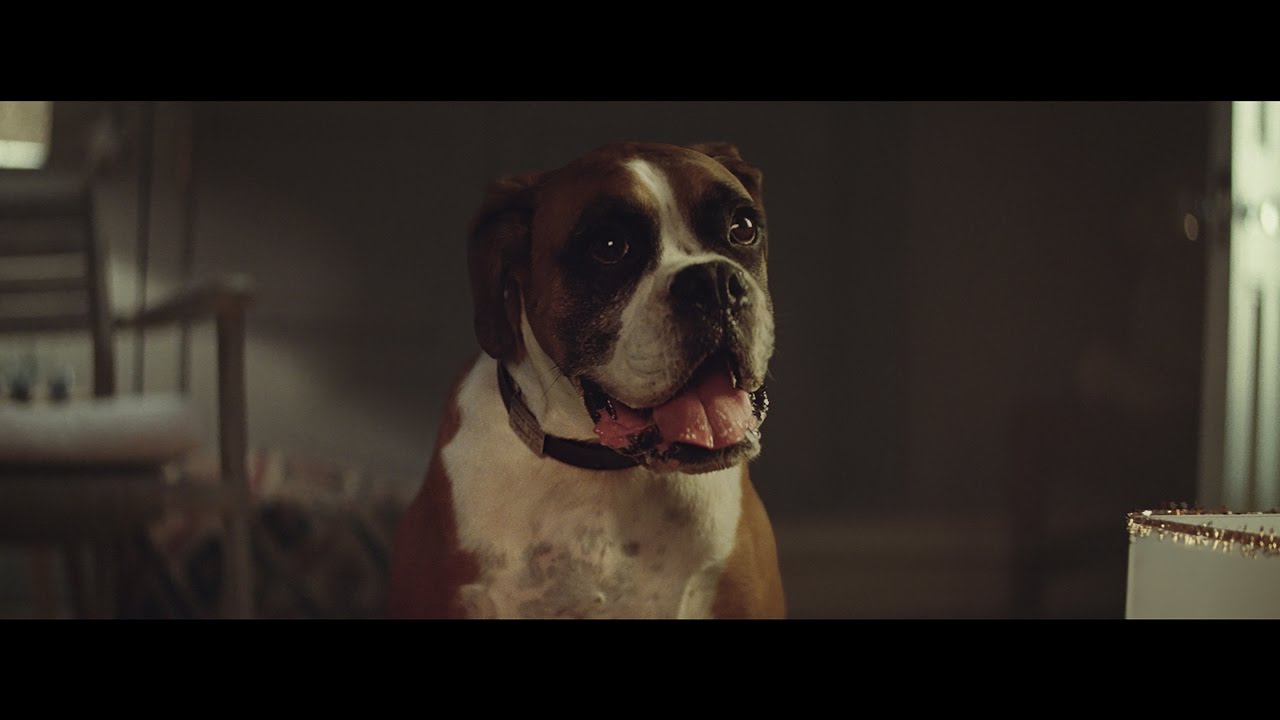 Ian Forrester, the Global VP of Insight at Unruly, observed, “This year’s John Lewis ad was a distinct departure from the retailer’s usual tried-and-trusted festive template, but it still packed an emotional punch. With 43% of viewers reporting intense feelings of warmth, happiness, hilarity and amazement while watching the ad, underlying just how important emotions are in advertising. This year’s chart underlines that to make a successful ad, marketers have to think less about creative appeal and more about emotional appeal.”

In second spot is an ad from UK broadcaster Channel 4 promoting its coverage of this year’s Paralympic Games. “We Are The Superhumans”, the most shared Olympic ad this year, took silver in the 2016 chart after being shared more than 1.85 million times, just ahead of Shell’s “Best Day Of My Life” in third (1.68m).

The Olympics was not the only big sporting event to feature in the chart, with spots from this year’s European Football Championships in France and the Super Bowl also featuring in the top 20. In addition to “We Are The Superhumans” at #2, Nike’s Euros spot “The Switch” came in at #6 with 969,650 shares, while Doritos’ Super Bowl spot “Ultrasound” landed at #7 with 893,465 shares.

Nike also grabbed 12th spot with its tribute to Kobe Bryant, the basketball star everyone loves to hate, through a playful spot where his haters admit they’re going to miss him in “The Conductor”. Video product demos from Samsung and Nintendo also make it onto the list, at #14 and #20 respectively.

Meanwhile, music video ads – or ‘trackverts’ – play a starring role in this year’s chart. As well as Shell’s “Best Day Of My Life” which features Jennifer Hudson, Pixie Lott and Steve Aoki, Vodafone Egypt, who created a musical number, and indie rockers OK Go, who released videos for brands S7 Airlines and Morton Salt, also appear in the top 20.

The list also shows how video advertising is growing all around the world, with creatives from 10 different countries appearing on the list. The UK, US, Denmark, Egypt, Thailand, Bangladesh, India, Norway, the Philippines and Indonesia are all represented.

Forrester said, “It’s been an extraordinary year for world politics and times have never been more uncertain. Video advertising has once again reflected the wants and needs of society and offered a powerful route to escapism for consumers. From celebrating the extraordinary in Channel 4’s Superhumans, offering escapism in Nike’s The Switch, exemplifying the best of humanity in videos from 7 Eleven Thailand, Knorr, Facebook and Momondo, offering a ‘wtf’ moment with Cadbury’s Aliens, and challenging traditional gender roles in Ariel’s Share the Load, the world’s best creatives have drawn strength from uncertain times.”

He added, “Social video has dramatically evolved. Brands are adding emotional intelligence and great storytelling to digital advertising. We’ve also seen the most successful creatives bubbling up from a vast range of countries and cultures, showing how digital video can break down national boundaries and become a truly global conversation.”

Despite ads as short as 30 seconds, the average runtime for the top 20 videos was 2:49. This is partially driven by 7 Eleven’s Thai ad “Teachers”, which is close to 9 minutes long. Coming in at #10 with 792,328 shares, this short film elicits some of the emotions that can only be felt through a longer ad duration including nostalgia, warmth and sadness.

Other brands to make it in the top 20 include McDonald’s, Volkswagen and Mentos.

Unruly’s rankings are based on the number of shares – as opposed to views – that ads on Facebook and YouTube attracted across Facebook and the blogosphere. As such, they are a measure of the ad’s online buzz or virality, ranking ads by the volume of active pass-on rather than the passive, paid metric of video viewership.

Data was collected from January 1, 2016 to November 29, 2016. Unruly’s annual Top 20 Global Video Ads Chart only includes official ads that were launched in 2016 and does not include trailers for movies or TV shows.