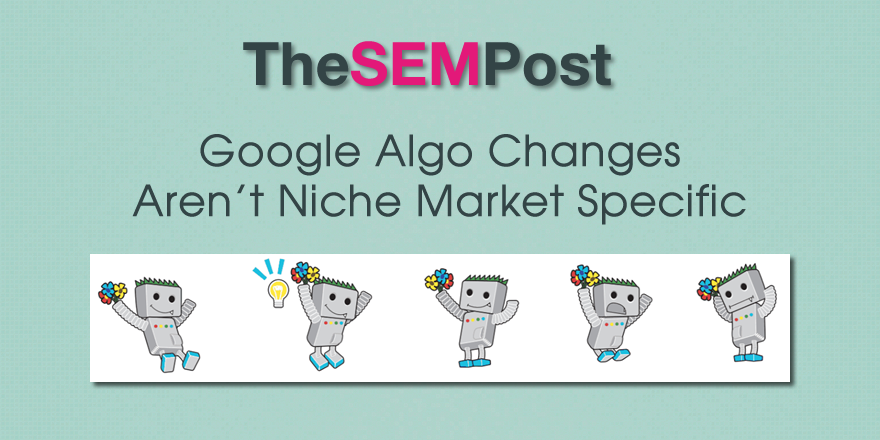 There has been a lot of discussion on Twitter recently about the latest core update we saw this weekend, and whether it could possibly be niche specific.  While some were reporting that it appeared several niche markets were hit, I wondered if the data was skewed since it was limited to top ten results and there was no confirmation on the data or keyword types used for the analysis.

Also to consider is that sometimes it is just a particular algo that has more of an impact in competitive niches, which also happens to be the niches that people hold up as examples.

@1stSEO no – I'm sure that's unrelated. We try to make search work as globally valid as possible, without hand-coding niches.

Mueller also confirmed last week that Google’s search algos are the same worldwide and that they do not create specific algos for various countries or languages.

We have sometimes seen Google target specific industries to clean up spam.  For example, the “Payday Loans” algo – but even that algo wasn’t payday loans niche specific, but rather for competitive markets as a whole, of which payday loans was one.

Another example would be the “Pirate Algo” which targets sites that are repeatedly hit with DMCAs for all types of stolen content.  So while this primarily affected torrent and illegal download sites, it was still applicable to any kind of sites that received a high number of DMCAs.

So while some algos might initially appear to be niche targeted, it could have been some common denominator of where those sites were pushing the envelope in the search results, or something involved that made some sites seem less desirable that was more visible in competitive niches.

Google has released a new version of the Google quality rater guidelines, a year after the last … END_OF_DOCUMENT_TOKEN_TO_BE_REPLACED