You are here: Home / Google / Google Entity Metrics: The Role of Entities in SEO 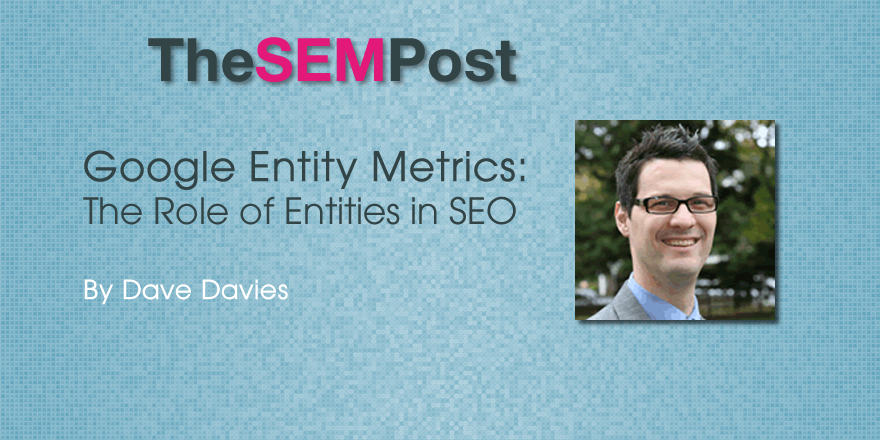 According to the  recent Google patent “Ranking Search Results Based On Entity Metrics” an entity is, “a thing or concept that is singular, unique, well-defined and distinguishable.”  I wrote a lengthy analysis of the patent on my blog but decided to save the discussion as to what it really means for SEO for this article.  Before we dive in let’s look at the specific elements the patent outlines as relevant to entity valuation:

So those are the core four areas the patent outlines as relevant to entity valuation.  Now let’s look at each one from the context of a site we are working on and what we can do to impact our entity value …

We can think about this in the most obvious way and be right.  The patent indicates that co-occurrence is used to determine relatedness (among other things).  At it’s core this simply means that if two entities are referenced often together then they are considered related.  So let’s assume you have the company Acme Widget Co and you sell blue widgets.  There are many companies out there that sell blue widgets so how do we insure your company entity is tied to the entity “blue widgets”? By the method outlined in the patent it would be as simple as insuring that your company name and the product appeared in many places together.  This could be done through press releases, articles where you are referenced, etc.

Taking this one step further, one can also reasonably extrapolate that having your company referenced or link placed on a website that is already deemed related to the entity “blue widgets” will reinforce your relatedness.  That is to say, a link or reference on a site that ranks for “blue widget”-related phrases would be likely to fulfill this requirement to some degree.

To deal with your notability metric the key is not necessarily to increase your notability but rather to select a niche where notability is more easily attained.  Let’s review briefly how the math works.  The formula used as an illustration in the patent is:

To illustrate briefly and use only link counts as a metric (for simplicity) we could see a couple different scenarios depending on what we are targeting.  Let’s see what happens if we change the variables for “widgets” and “blue widgets”:

N = the value assigned to Acme Widget Co.
G = 100 (assuming 100 backlinks)
n = assuming a value of 20 is assigned to the entity “widgets”.  I simply picked a value at random as what’s important is how it compares to the example following below.

If these are the values we end up with the formula:

Essentially Acme Widget Co. will have an entity metric value of 5 in relation to “widgets”.  This may be used as a multiplier, addition, etc. into the overall algorithm but regardless, it’s contribution will be 5.  Now let’s look at …

N = still the value assigned to Acme Widget Co.
G = 100 (we still have the same links)
n = 10 (widgets is a broad category with an importance of 20 as we saw above.  Blue widgets as a sub-category does not have the same importance and is thus assigned a reduced value of 10 in our example).

If these are the values we end up with the formula:

In this example the value we end up with is 10.  Essentially, our value in a smaller pond is higher and not simply based on reduced competition but based on our own site having a higher Notability value (like a big star visiting a small town as opposed to walking down the street in LA).

What we learn from this is that to rank well we need to pick our niche carefully.

You’re hopefully doing this one already and if not you’re at least aware of it.  The contribution metric is based on external reviews and similar information.  Essentially Google is looking for metrics to associate with Acme Widget Co. to help establish their contribution to the grouping “blue widgets”.  There are the obvious Yelp and FourSquare reviews which would be factored in but they will also be looking for reviews on sites like Tom’s Hardware (I’m assuming a blue widget is some sort of computer piece here).  They will put more weight on the Tom’s Hardware review but all will likely be factored in.

So what do you do?  You get your product or service reviewed by credible people.  This may involve sending free samples or inviting journalists to stay at your hotel or eat at your restaurant, etc.  On top of that you obviously want to invite your clients and guests to review you on the consumer review sites however you need to make sure to respect their rules about incentivizing and understand that in Google’s eyes they are less equal than the reporter. 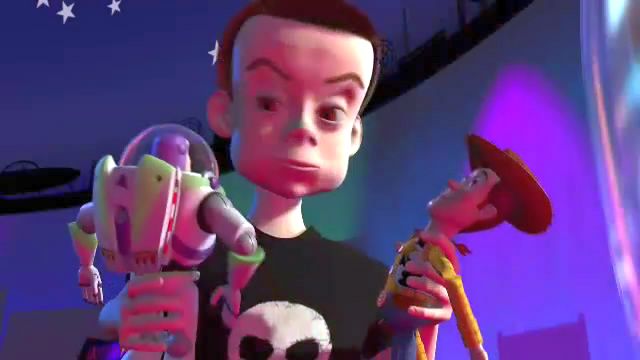 Once more this is fairly self-explanatory but there is a caveat – not all prizes are equal.  Winning an award for “best dressed” in high school is going to have no value for your blue widget company.  Getting named in PC Magazine’s “innovative products of the year” list or being named one of the best startups by Forbes will go a long way in the prize category.  They are both authoritative and fairly relevant.

Of course these are great prizes but may not be within grasp at the moment.  Prizes don’t have to be as large as that (though the bigger the better).  Winning the “Business of the year” by the local Chamber of Commerce may well count towards your prize metric.

The best part about targeting the prize metric is that it’s great for business, traffic and PR as well.  You can use a prize on your site, in press releases and if you play your cards right, leverage it to get local journalists to increase your Contribution metric.

That’s Not All Folks …

In this article we are focusing on the metrics from the patent but this is a hugely complex area of SEO.  As you work to increase the value of your entity consider everything around you.  Where can you be?  Where can you get links from sites that are related to the keyword grouping you want to target?  Who is authoritative in your sector and how can you work with them?  All of these and more should steer your strategy.  Essentially, increasing your entity value is a PR job.  And so this is where SEO becomes fun again.

We finally have the first Google Quality Rater Guidelines update of 2022, and like usual, it is … END_OF_DOCUMENT_TOKEN_TO_BE_REPLACED