You are here: Home / Google / Google to Tell Brands When Their Video Ads Are Actually Seen 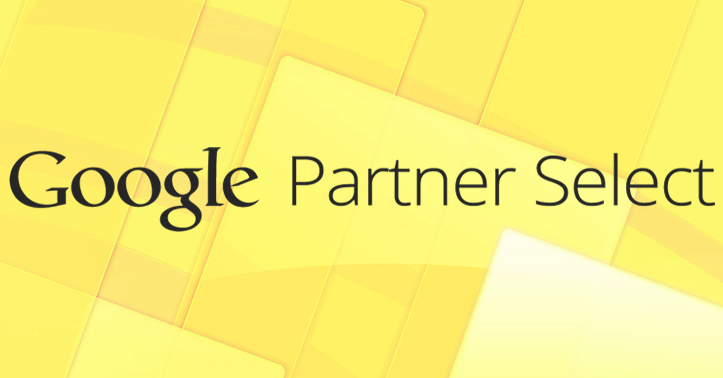 According to Neal Mohan, Google’s Vice President, Video & Display Advertising,” Today’s consumer spends more time in digital than any other media, often while fluidly moving across screens. In the past three years alone, multi-screen media consumption has jumped by 500 percent, with 90 percent of consumers moving between one device and another to complete a task, whether it’s to shop, plan a trip or browse content. And the growth rates are stunning: on YouTube, more video content will be uploaded today than all three major networks created in the past five years.”

This week at CES Mohan announced two developments that should help turbocharge the future of video advertising:

An update on Partner Select

In June Google introduced Google Partner Select, a premium video marketplace that brings together brand advertising with programmatic. Their goal was to create a marketplace of top-quality video content from the best producers. At CES, Google shared more details about some of those partnerships.

Google has also seen strong traction on the advertiser side with over 20 major brand advertisers, including brands like Allstate, BMW and Netflix, and their agencies having signed significant commitments to buy through Google Partner Select. In Google’s early tests, video ads running through Google Partner Select drove significant audience engagement with 74 percent video ad completion rates, demonstrating that when brands pick the right moments, engagement follows.

When it comes to impact, being seen is not just important, it’s fundamental. That’s why Google set a goal for itself a year ago to help make viewability a common currency across the industry. Mohan said, “I’m encouraged that this issue is staying top of mind for so many and hope that marketers and publishers continue to push for the full transparency and accountability they deserve.”

In the latest in a series of ongoing investments in this area, Google will soon start to offer viewability reporting for video campaigns available to all marketers and publishers using our DoubleClick platforms, as well as for the DoubleClick Ad Exchange. Google will soon offer this capability for reserved inventory on YouTube as well (including all of Google Preferred) across desktop and app views. This will be a significant addition since so much viewership now happening in mobile. In the coming months, Google will also start offering the ability to target viewable impressions in DoubleClick, as well as the ability to buy only viewable video impressions across the Google Display Network. Later in the year, Google also plans to report on audibility for video ads, as well as the total amount of time an ad was viewable

Google is adhering to the industry definition for video viewability (as set by the MRC and Making Measurement Make Sense): 50 percent or more of the video being on screen for two seconds or longer.

Mohan added, “Viewability, though, is just the starting point, not an end in and of itself. With the confidence that their ads can be seen by a real person, marketers can then go on to strive for–and measure–what really matters, impact and engagement. Along with our commitment to viewability, we’ll continue our investments in other ways to help marketers drive engagement, like our TrueView format (where advertisers only pay when consumers engage) and Brand Lift surveys, which help marketers measure the impact of their campaigns on their branding goals.”

The SEM Post asked a Google spokesperson for additional details beyond the ones in Mohan’s announcement. Our questions and Google’s answers are below.

The SEM Post: Can you tell us more about Google’s announcement at CES that will let advertisers and publishers know to what extent their digital video ads are being seen? Specifically, when will advertisers and publishers learn what percentage of their video ads were at least 50 percent in view and for at least two seconds in keeping with the Media Ratings Council’s standard?

The SEM Post Q: Right now online advertising’s foundational metric is whether an ad was served. Does viewability enable advertisers and publishers see if people clicked on the ad and watched it?

Google spokesperson: Active View is specifically designed to measure whether an ad was actually viewable on the page. Our TrueView format, though, enables advertisers to pay only when an ad has been watched.

The SEM Post: With display banner ads, Google has already allowed advertisers to pay only for those that are viewed. Does Google plan to do the same with pre-roll and mid-roll video ads?

Google spokesperson: Our long term vision is to enable both reporting and targeting based on viewability.

The SEM Post: Does Google also expect to start telling advertisers later this year the average amount of time that an ad was viewable on YouTube and whether people are listening to the ad or whether it’s muted or playing in a background tab?

The SEM Post: How many campaigns have run through Partner Select or what percentage of the average participating publisher’s digital video inventory is sold through the Google-run private exchanges?

Google spokesperson: We’re not breaking this out.

The SEM Post: In keeping with the viewability theme of Google’s announcement at CES, you said that people on average watch in full 74 percent of the video ads that are sold through Partner Select. Is there any additional data that you can share?

Google spokesperson: Not at this time. Stay tuned!