Last week, the Content Marketing Institute and MarketingProfs released the findings from their fifth annual content marketing survey. And marketers will want to dig into all 40 slides of “B2B Content Marketing 2015: Benchmarks, Budgets, and Trends — North America” even if they target B2C audiences. In fact, the first four annual content market surveys found there were more similarities than differences between B2B and B2C marketers.

Besides, all of us are really H2H marketers – human-to-human. So, we can all learn a few lessons on what it takes to be more effective – even from our peers in somewhat different markets. Or, as one survey respondent said, “You have to be an amoeba and continually absorb everything from every angle.”

Among the findings that marketers won’t want to overlook in the survey, which is posted on SlideShare, are the growing effectiveness of video and YouTube. 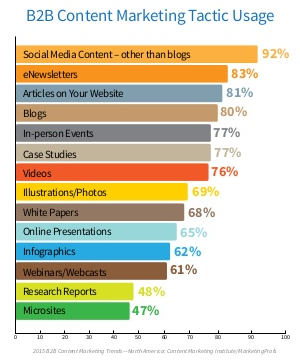 On Slide 20, you’ll discover that video usage has grown over the past two years. That’s a healthy trend, especially considering the fact that usage of “articles on your website” has decreased slightly, while usage of “blogs” has been flat over the same period. 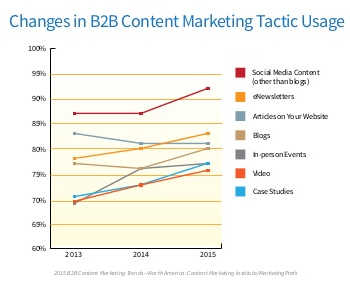 But the money shot is Slide 21, which shows the effectiveness ratings for B2B tactics. Sixty percent of B2B marketers rated “videos” a 4 or 5 on a 5-point scale, where 5 equaled “very effective” and 1 equaled “not at all effective.” That ranks “videos” third on the list of the 10 most effective B2B tactics, tied with “blogs.” Although the percentage of those rating “videos” an effective tactic hasn’t changed much since last year, it’s worth noting that 58 percent of marketers said “case studies” were effective this year, down from 65 percent last year. 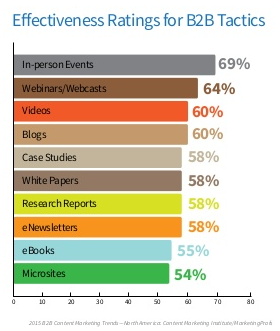 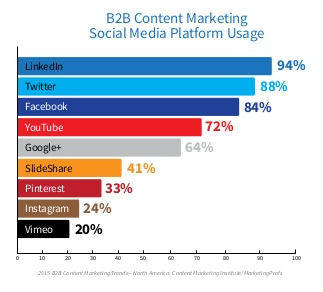 On Slide 23, you’ll spot that YouTube usage has been flat year over year, although it’s up from 38 percent in 2010 to 72 percent today. Meanwhile, Google+ usage has climbed nine points since a year ago. This is a little surprising since TechCrunch declared on April 24, 2014, that “Google+ Is Walking Dead,” while The Huffington Post said on April 25, 2014, that “Google+ Isn’t Dead. It’s Just in a Coma and on Life Support.” So, were the reports of its death greatly exaggerated? 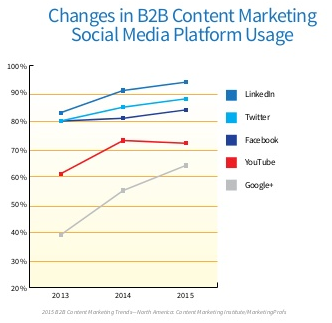 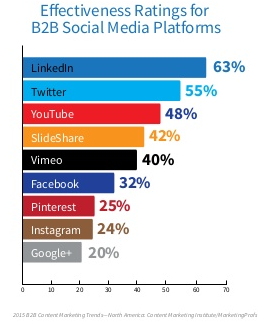 So, what’s the “net net” to senior marketers?

Now, this is great news for anyone in video or YouTube marketing – even if you work for or with one of the 32 percent of B2B organizations where the content marketing budget will remain the same in the next 12 months, or one of the 11 percent of their peers which are unsure if it will change. Why? Because you can strategically sit between the person in charge of case studies and the one in charge of Google+ at the next budget meeting and make the case for moving marketing dollars from less effective to more effective types of marketing content or social media platforms.

And within the next week or two, I expect that the Content Marketing Institute and MarketingProfs will release “B2C Content Marketing 2015: Benchmarks, Budgets, and Trends — North America.” So, you’ll probably be able to make a similar case within companies that target B2C audiences, too.

Google has released a brand new version of the Quality Rater Guidelines, the third one this year.  … END_OF_DOCUMENT_TOKEN_TO_BE_REPLACED