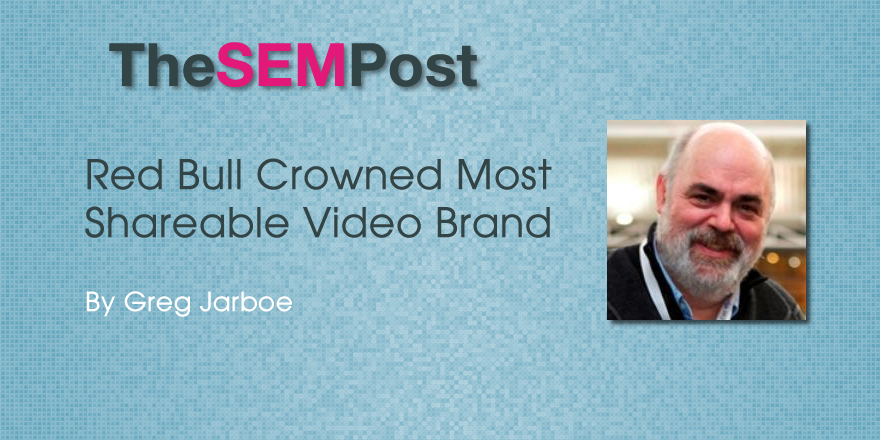 Red Bull is the most shared video brand of 2016, according to new data released yesterday by video ad tech company Unruly. The energy drinks company jumped one place from the previous year to finish ahead of Samsung and McDonald’s in Unruly’s annual round-up of the top 10 brands whose videos have attracted the most shares across social media.

Red Bull’s sports and music videos altogether generated over 14.5 million more shares than runner-up and 2013 winner Samsung (12.5M). McDonald’s finished third after its videos attracted 8.6M shares. Despite not landing a spot on Unruly’s Most Shared Ads of the Year list, Red Bull took home the top spot by relying on an always-on strategy, releasing hundreds of videos throughout the year, like

Other brands to feature in Unruly’s top 10 most shared brands include Asus, the Australian Tourist Board, Almarai, Shell and Cadbury, as well as rivals Nike and adidas.

The energy drinks company will receive its award at a special ceremony this month celebrating the most successful video brands and campaigns of the year. #TheUnrulies – a virtual awards show hosted live on Twitter on January 10 – will celebrate the ads and brands that moved the world through video.

In an email interview with The SEM Post, Devra Prywes, Unruly’s SVP Insights and Marketing, US, said, “2016 was an amazing year in video. As we’ve tracked the top ads for events, for the year, and from the brands people shared the most, we’ve seen that the advertisers topping these lists are making a strong emotional connection with their viewers. With over 18 psychological responses demonstrated to have an impact in connecting with audiences, these brands have made their mark by picking an emotion that is authentic for their brand and hitting it with intensity.”

Prywes added, “Shares aren’t the only way to have an impact with video – we’re honoring our top brands next week at the Unrulies, and have over 30 categories including Most Emotional Ad of the Year, Happiest Video, Most Loved Ads from around the world and the Videos That Made People Want To Buy.”
Unruly’s top 10 most shared video brands of 2016

The Unrulies award ceremony will be hosted on Twitter (#TheUnrulies; @unrulyco) on Tuesday, January 10, 2017. Winners will be announced from 11am EST.
The finalists for each category, which range from Most Emotional Ad of the Year to Most Inspiring Video, can be found here.
Methodology

Unruly’s rankings are based on the number of shares – as opposed to views – that ads on Facebook and YouTube attracted across Facebook and the blogosphere. As such, they are a measure of the ad’s online buzz or virality, ranking ads by the volume of active pass-on rather than the passive, paid metric of video viewership. Data was collected from January 1, 2016 to December 31, 2016. To help advertisers create an emotional connection with consumers, Unruly has developed Unruly EQ™ – a content testing tool that gives advertisers the data they need to maximize the emotional, social and business impact of their video content.

Google has released a new version of the Google quality rater guidelines, a year after the last … END_OF_DOCUMENT_TOKEN_TO_BE_REPLACED