You are here: Home / SEO / It Just So Happens That Press Release SEO is Only MOSTLY Dead

Over on ClickZ last week, Andrew Edwards asked, “Is SEO dead?” You can read his column and the 42 comments that it generated for yourself. Or, you can scan the infographic below that Aaron Wall of SEO Book published on Oct. 1, 2012, after the “death of SEO” had been previously declared after Google’s Florida update in 2003, Panda update in 2011, and Penguin update in 2012.

Over on the Hubspot blog last year, Dan Lyons asked, “Is It Finally Time to Bid Adieu to the Press Release?” You can read his column and the 21 comments that it generated for yourself. Or, you can read the article I wrote on Sept. 27, 2010, for Search Engine Watch after the “death of the press release” had been previously declared in 2007 and 2010. My response to that meme is entitled, “Rumors of the Press Release’s Death have been Greatly Exaggerated.”

Now, when people declare that SEO as well as press releases are dead, I feel like Miracle Max (Billy Crystal), who says in The Princess Bride (1987), “Whoo-hoo-hoo, look who knows so much. It just so happens that your friend here is only MOSTLY dead. There’s a big difference between mostly dead and all dead. Mostly dead is slightly alive.”

So, let’s examine press release SEO closely and determine if it’s mostly dead or all dead.

Last year, Get City Dealz, a technology company in New Orleans that specializes in assisting merchants in promoting their businesses on its deal platform, SEO-PR, my content marketing agency, which pioneered press release SEO, and Business Wire, the global leader in press release distribution, won two different awards for conducting the same test. We wanted to see if an online video news release, a photo press release, or a release without multimedia would generate better results for three local merchants promoting their best daily deals in New Orleans.

Get City Dealz created three similar press releases. Each one featured a different local merchant that offered a daily deal or local bargain in New Orleans on the recently launched Get City Dealz platform. Then, SEO-PR optimized each of the press releases and distributed them via Business Wire at 6:30 a.m. on successive Saturday mornings in February. 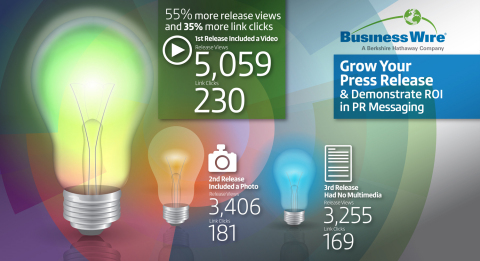 I added, “The online video news release for Jazzy Nola featured some unique wine tumblers made in a distinctly New Orleans style with a gold fleur de lis imprinted on the tumbler. The release helped sell out of the order of wine tumblers, which were great for tourists and visitors wandering the French Quarter during ‘The Big Game’ or on the Mardi Gras parade route.”

Laura Sturaitis, Executive Vice President of Media Services & Product Strategy at Business Wire, concluded, “The online video news release also mentioned that Jazzy Nola was promoting their Roger Goodell voodoo dolls. At the press conference before ‘The Big Game’, the media asked Goodell about the voodoo dolls and he joked that he’d read about them. They also sold out in a matter of days.”

In October, our test won the award for the Best Use of PR in a Search Campaign, which was presented at the inaugural U.S. Search Awards during PubCon Las Vegas 2013. Holly Firfer, an Emmy nominated correspondent and anchor for CNN, who was the MC for the U.S. Search Awards, said, “This entry was very highly rated by judges who felt that it was a very worthy winner of this category and wanted to reward this solid campaign with impressive metrics and accurate attribution.”

So, is press release SEO dead? Well, creating links that weren’t editorially placed or vouched for by the site’s owner on a page, otherwise known as unnatural links, can be considered a violation of Google’s guidelines. This includes links with optimized anchor text in articles or press releases distributed on other sites.

However, links that are intended to help people find interesting, related content are still okay as long as they don’t pass PageRank. You can prevent PageRank from passing in several ways, such as:

So, I’d say that press release SEO is slightly alive. If it was all dead, then there’s usually only one thing you can do: Go through its budget and look for loose change.

Google has released a brand new version of the Quality Rater Guidelines, the third one this year.  … END_OF_DOCUMENT_TOKEN_TO_BE_REPLACED