You are here: Home / Video Marketing / Online Video Presentations: Why Some Companies Are Failing While Others Surge Ahead 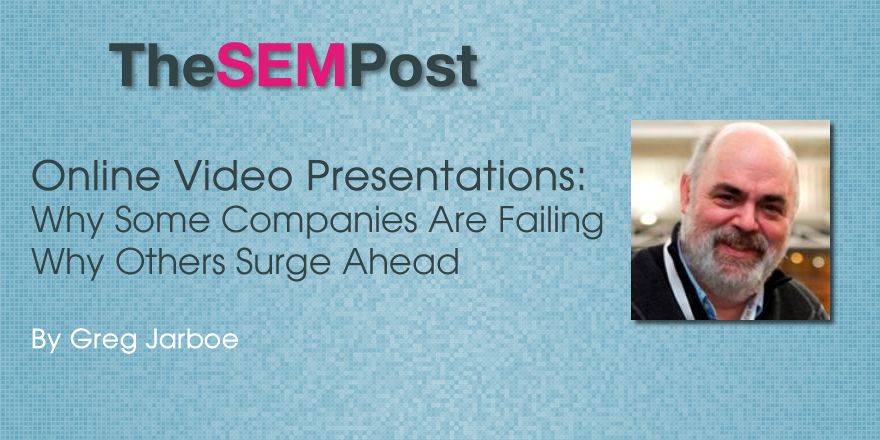 Here’s the story: Two major incumbents in the video presentation market — Seattle-based 9Slides and Waltham-based Brainshark — have announced the termination of their free services, while Boston-based KnowledgeVision has announced it is doubling down on the market with a major new version of its Knovio product.

Here is a quick summary of what’s going on:

On July 1, 2015, 9Slides announced that it would be closing its video presentation service at the end of this month. In a blog post, the company said, “As you may know, 9Slides was recently acquired by Limeade, a company dedicated to improving the health, well-being, performance and culture of large organizations. We will be integrating the 9Slides platform, quiz and analytics capabilities into the Limeade employee engagement platform. Since we’ll transition our technology to Limeade, we’ll no longer offer 9Slides as a standalone product after July 31, 2015.”

What does this mean?  In August, the 9Slides platform will close down. Current 9Slides customers won’t be able to create or store synced audio/visual presentations, or have access to the quiz functionality or back-end analytics. Customers can, however, save previously created synced slide/video presentations with a new download function, which will be available for the next 30 days.

On July 6, 2015, Brainshark announced the termination of its “freemium” MyBrainshark online video presentation service for individuals, small and medium businesses, starting next month. In a FAQ, the company said, “As part of our focus on providing the best on-demand and live presentation solutions for businesses, it’s become clear that the myBrainshark service no longer reflects and complements our core business the way it once did. As a result, we have decided to discontinue the myBrainshark service.”

Paid subscribers have an option to migrate to an enterprise license option with no additional cost through June 1, 2016.

On July 7, 2015, KnowledgeVision announced is going all-in on the online presentation market by:

What does this mean? This represents a major shift in the dynamics of an important emerging market — the creation and distribution of business video content.

Where This Leaves Marketers

This leaves the online video presentation market in a curious place, since we are seeing the market shrink from three main players to a single one.  The key will be how well Knovio can fill the role left vacant by the termination of both myBrainshark and 9Slides, and if those customers can transition well enough to yet another new interface, as this is often where there is a disconnect when users are faced with finding a new solution when one closes.

With Knovio, people can create and share engaging multimedia stories by using their webcams and microphones to narrate PowerPoint slide decks and/or collections of images such as photographs, screen shots, and other visual material.  This content can be used to explain concepts, teach classes, pitch ideas, sell products, and for dozens of other applications.

The app and its basic services are offered free of charge, with more advanced functionality available to KnowledgeVision’s corporate customers, and in a subscription-based Knovio Pro version for $15 per month.

During a phone interview, KnowledgeVision CEO Michael Kolowich said, “Since we introduced Knovio Mobile fourteen months ago, more than 70,000 entrepreneurs, teachers, marketers, students, salespeople, and executives have signed up for Knovio.”

However, he also admitted that he was a little surprised that 9Slides and Brainshark would both “fold their hand” while KnowledgeVision was planning to go all-in.

We finally have the first Google Quality Rater Guidelines update of 2022, and like usual, it is … END_OF_DOCUMENT_TOKEN_TO_BE_REPLACED