You are here: Home / Google / Why You Should Care About PageRank 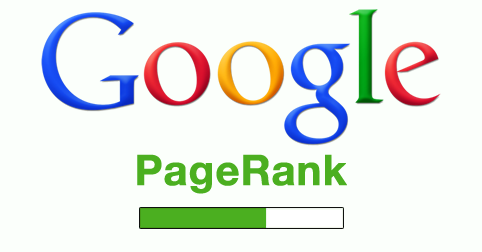 If you’re an experienced SEO you likely read the title thinking, “Oh no.”  If you’re newer to SEO you’ll have read it and thought to yourself, “But … that goes against what I’ve read on a hundred other sites.”  If either of these was your instinct you’re right, assuming you were thinking of that little green bar.  As has been well-discussed in innumerable articles before; the validity of the green bar as a representation of a website’s value has long been considered low.

That said, we also know that Google updates what they view as a website’s PageRank much more frequently for their internal use than they push it out to the toolbar and let’s be honest, it likely isn’t actually a number between one and ten.

So, if the only thing we can see of PageRank is the green bar, the question you may be asking is, “Why should I care about it?”  Because it is the core of what Google is built on and virtually everything in their organic ranking system is based on it.

PageRank is not a random magical number that stands alone in the algorithm; it is the basis of what Google (then named Backrub) was built on.  While there are provisional patents that came before (hat tip to Bill Slawski for always keeping us in the loop of patent information) the first actual granted patent for it was, “Method for node ranking in a linked database” filed on January 9, 1998.  That’s right … 1998.  To give you an idea of what was going on at the time, the Internet looked like:

At its very core PageRank was a revolutionary idea.  Brin and Page agreed that there was a problem with search results at the time.  The problem with search results came from the expansion of the web and the ballooning number of pages it contained.  In this environment it became extremely difficult to determine the value of pages and establish a good result set based only on the page content and meta tags (including the keyword tag … crazy right?)

Their solution was to assign values to pages with incoming links.  This was the beginning principle of PageRank and gave birth to link building.

So what does a 1998 patent have to do with today’s algorithms?  After all … that was 16 years ago and with hundreds of updates per year from Google, one has to assume that PageRank would have long since been replaced or at least devalued to a point where there are more important matters to consider.  But it hasn’t.  PageRank is, and will continue to be for the foreseeable future, the most important function of Google to understand.  I’ve read the patents (many more than once) and you should too or at the very least, Bill’s outline of the patents from a few years ago.

So, it’s an ancient patent by Internet standards and this would thus lead to either a belief that I’m full of it or, well no – that’s probably the only conclusion you’re headed down but let’s take a pause and think about the logistics and logic behind what is going on with the PageRank algorithm as it has been defined.  As Google defines it, it is:

“PageRank works by counting the number and quality of links to a page to determine a rough estimate of how important the website is. The underlying assumption is that more important websites are likely to receive more links from other websites.”

As all veterans of SEO will remember, in the early days of PageRank the system was extremely easy to game.  Build thin websites and link them to your site and you win.  The quality didn’t really matter so it was an easy task but quickly Google refined the algorithm to consider more strongly functions like relevancy and the weight of the linking page.  That is, it quickly became a scenario where a link from a high PageRank page carried more weight than a similar link from a lower PageRank page.  It’s about this time that selling link became an issue for Google as high PageRank links rented in the many hundreds of dollars per month.

And so Google had to change again, but the principle remained the same.  The battle for the validity of PageRank was and has remained a cat-and-mouse game of SEO’s finding ways to manipulate the system and Google trying to close those doors without hindering natural links.

Enough With The PageRank History !

Alright, so let’s get to the point.  Why is PageRank still important?  First, PageRank isn’t dead by any means.  The green toolbar is still updated (albeit infrequently) and internally it’s updated (for all intents and purposes) on the fly.  But beyond that it is a far more important algorithm to understand than even Panda or Penguin.  It is the very basis of what your website’s rankings are based on.

PageRank is the formula used to determine the relative weight of any given page on the web in Google’s eyes.  I would argue that almost every algorithm that followed was simply an add-on designed to improve the value of PageRank itself.  Because they’re the hot topics, let’s consider the two major algorithms at play today:

Panda – The Panda algorithm is essentially a content quality algorithm designed to detect and devalue thin content.  While this algorithm doesn’t directly impact PageRank, it does.  A link from a devalued page carries less weight (obviously) and sites that took a dive shortly after a Panda update but had good content themselves sure would have noticed the impact the algorithm has on PageRank.  So even while this algorithm isn’t directly designed as part of the PageRank formula, because PageRank is the core of the Google engine, it impacts it and understanding PageRank helps us understand this relationship and react to it.

Penguin – The Penguin update is obviously closer tied to PageRank than Panda in that one of its core functions was the detection and devaluing of links deemed to violate Google’s Webmaster Guidelines (hopefully I don’t have to tell you it’s also important to know those).  Because Penguin is tied directly to links it’s an easy connection to tie it to PageRank.  Devaluing the links to a page reduces the PageRank.

And It’s About More Than Just Links

And in case you thought PageRank was just about links, it’s not.  Well, not external links anyways.  If we only think about PageRank from its external functionality then we’re not really thinking about PageRank at all.  Arguably more important is remembering that PageRank flows.  That is, every page on your site passes PageRank to the other pages.  This is the core of internal navigation and crafting it to pass weight to the most important pages.  Pleasant by-product:  Doing so one tends to also be crafting the design and user experience to make navigation to the key pages easier.

Let’s look at a simple example.  In this I won’t be accounting for link position or the small percentage of PageRank bleed that occurs with every link to stop every site’s PageRank from approaching infinity.  If a homepage links to 100 internal pages it will pass 1% of its weight to each page.  If that same homepage contained only 20 links each internal page would get 5%.    This is PageRank and understanding it is critical for designers and SEO’s alike to insure that as weight passes between pages on a website, that it does so in a way that gives the most weight to the pages that require it either by search difficulty or by user navigation patterns.

The vast majority of Google algorithm updates have focused on one of two areas:

Enhancements – This includes algorithms such as Penguin that are designed to enhance the PageRank algorithm.

When we look to the algorithm updates we’ll find that essentially all of them fit into one of these two categories (not 100% … but most).  They are designed to either enhance PageRank or to protect it from other design and SEO tactics.

Like it or not, PageRank is and will remain one of the critical algorithms to understand and to help put other updates into the right context.  It dictates how weight passes from other sites to yours and how weight passes between the pages on your site.  Read the patents, understand them.  Even if that green bar disappears for good … understanding the intent and purpose of PageRank will help you understand the intent and purpose of Google’s organic search algorithm and the updates in contains.

We finally have the first Google Quality Rater Guidelines update of 2022, and like usual, it is … END_OF_DOCUMENT_TOKEN_TO_BE_REPLACED